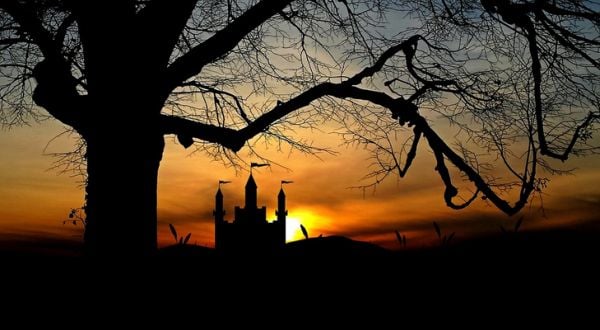 A senior counsel and director of policy for the American Center for Law and Justice, a longtime advocate for civil and religious rights, is warning that circumstances are looking grim for Europe.

In fact, Harry G. Hutchison, who has served as law professor at the Antonin Scalia Law School and is a founding fellow at the M.G. Robertson Global Centre for Law & Public Policy, in an online commentary, warned there could be another "Dark Age" because of the coming collapse of energy resources.

"Last week approximately 70,000 people filled Wenceslas Square in the center of the Czech capital in Prague. This follows the Italian government's collapse, the Argentinian government's looming collapse, the implosion of the government of Sri Lanka, and the farmers’ revolt over soaring energy and nitrogen prices in the Netherlands, all of which seem sparked by the so-called green revolution," he said.

"This week the International Atomic Energy Agency announced that Ukraine’s nuclear plant, the largest nuclear facility in Europe, has suffered damage as part of the Russian-Ukrainian war. Last week, the Russian energy giant Gazprom announced that it would not recommence European gas deliveries through the Nord Stream 1 pipeline."

Further, he said, French officials have cited the "end of abundance," Germans are forecasting the costs of electricity might rise 200% and 60% of Britain's factors "may fail, crushed by exploding energy prices."

He said, "This backdrop recalls the European Dark Ages during the medieval period."

But, he warned, too, that America isn't much better off. It's increasingly "reliant on unstable energy sources such as wind and solar power," prompted by a "misplaced focus on climate change and green energy."

"These moves displace ultra-stable energy sources like nuclear, coal, and natural gas. This means blackouts in California in the summer and grid blackouts in Texas in the winter after a cold snap caused wind turbines to fail, thus triggering a chain reaction that knocked out the Texas grid for days, killing at least 200 people and costing almost $300 billion."

"First, western hubris is exemplified by President Biden’s decision to kill the Keystone Pipeline on the first day of his presidency; and second, his knuckleheaded decision to give up American energy independence and throw American energy workers out of work in favor of gaining popularity with the World Economic Forum (WEF) with its focus on shrinking the world population from 6-7 billion people down to the goal of 500 million. At the same time, elites, after fawning over the possibilities associated with a Green Energy Revolution, travel in private jets emitting tons of carbon," he pointed out.

Second, is western Europe's failure to think ahead when it decided to plunge irrationally into energy dependence on Russia.

"Eliminating nuclear power plants and fossil fuels suggests that elites cannot learn from history. History shows that fossil fuels enabled western advancement, thus saving countless lives and increasing the world’s agricultural production for humans in both the West and underdeveloped areas of the globe," he said.

He cited Germany as an example of the "limited intellectual effort" being used today.

"In a transparent attempt to engage in virtue signaling, [Germany] almost halted natural as production in its country, which has vast gas reserves. So now Germany, like much of Europe, imports its gas from Russia, from Qatar, and from the United States while leaving its own gas in the ground. Meanwhile, Germany’s foreign minister has announced that Germany will support Ukraine 'no matter what my voters think.' This is not democracy. This is rule by smug autocrats on the way to totalitarianism with which Germans are all too familiar. The foreign minister’s attitude of moral superiority should be familiar to Americans who looked on with disgust as the German delegation laughed at President Trump’s warning at the United Nations. He suggested that they would rue the day they gave up their energy independence to Russia. Doubtlessly, Vladimir Putin of Russia is laughing now."

He warned the result is that U.K. consumers probably will see an 80% hike to energy bills this winter, with more increases later.

So, then, "what will happen to the United States and U.S. consumers?"

He said while oil prices have been moderately stable, albeit high, recently. OPEC likely will cut exports in a slowing global economy, and gas shortages across Europe will surge American costs there.

Meanwhile, he said Joe Biden is "dividing the nation and attacking conservatives,"
meaning it will be up voters.

"Americans who believe in the Constitution need to exercise their right to vote and canvass in favor of candidates who offer sound energy and sound policy prescriptions, including U.S. energy independence. Second, after making a concerted effort to convince their fellow citizens that America now needs energy independence more than ever, we must make our concerns known to Congress. Third, we should work to ensure that President Biden stops his war on American families, he said.