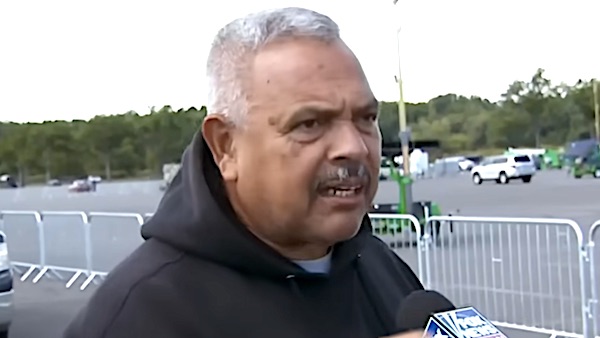 Host Jesse Watters introduced a segment of New York City residents reacting to plans by Democratic Mayor Eric Adams to build a tent city to house migrants, some of whom were bused to New York by Republican Govs. Greg Abbott of Texasand Doug Ducey of Arizona.

“I thought it was some type of a joke. Why would they do this? Why not house them elsewhere? They take our money and do whatever they want with it,” one resident said.

“Why don’t they put it in Gracie Mansion by his house?” another resident asked. “Put it by the mayor’s house. Do you know what I mean?”

Others were adamant they did not vote for the tent city.

“No, I did not vote for it,” one resident said.

“Absolutely not. I wouldn’t do that,” another said.

Some demanded Biden secure the border.

“Joe, we got to get control of this border issue,” one resident said.

“I was deceived like a lot of other people were deceived by Joe Biden,” another resident said.

Watters then noted that the tent city is in the district of Democratic Rep. Alexandria Ocasio-Cortez of New York.

“This tent city is going up in AOC’s district. And her own constituents aren’t happy about it,” Watters said. “Has she said a word about it? No. But she went on and on for a week about this little incident.”

Watters then played video of Rep. Ocasio-Cortez being catcalled at the Capitol.

“If it doesn’t affect AOC personally, she doesn’t care, and that’s how all these Democrats are,” Watter said. “Democrats clearly have no plan to stop illegal immigration. They just play the race card and sling disinformation to distract attention.”

Republican Sen. Ted Cruz of Texas slammed Biden and Democrats over the situation at the border later.