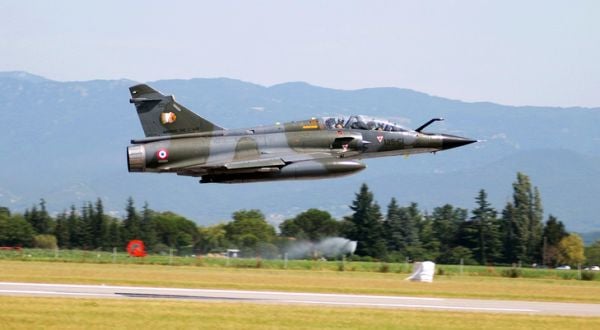 Abortion promoters in Congress are insisting that the Pentagon be paying for the travel expenses of members of the nation's military ranks who want an abortion – because under the Supreme Court's Dobbs ruling the state they are in may not allow the termination of the lives of the unborn.

So they'd have to go to another state that does allow abortion.

But now one member of Congress, Rep. Jackie Speier, D-Calif., says there's another way – that wouldn't involve the military paying for abortion tourism.

That would be to move those 128 U.S. military bases now in conservatives to leftist states that promote abortion.

American Military News reported Speier, from the floor of the U.S. House, went what likely would be extreme, considering the possible cost of building 128 new bases, moving all of the personnel to the new locations, and closing down and cleaning up those 128 old bases.

"There’s a part of me that says we have 128 bases and installations in these red states, in these states that ban abortion. Maybe we should just move these bases," Speier charged. "Now, that’s highly unlikely because we’ve invested so much, but it just begs the question about what are we really all about if we’re going to treat these servicewomen so poorly.”

She was promoting the Access to Reproductive Care for Servicemembers Act. It would have American taxpayers pay "any travel expenses associated with an abortion and ensure servicemembers are able to take leave for their care."

She also complained that she was hearing from servicemembers about being stationed in those conservative states.

"My office has been inundated with outreach from former and current servicemembers who are anxious and despondent about being stationed in what they are referring to as ‘forced pregnancy states.'"

Bob Unruh
Bob Unruh joined WND in 2006 after nearly three decades with the Associated Press, as well as several Upper Midwest newspapers, where he covered everything from legislative battles and sports to tornadoes and homicidal survivalists. He is also a photographer whose scenic work has been used commercially.
Joe Manchin is lined up to 'repay' Senate Dems over 'back-stabbing'
'A difficult time for everyone': CNN confirms big staff layoffs
ZERO Republican professors across 33 departments at 7 universities
'Big Bang' by Elon Musk said to be under way
Biden sending tax cash to activists supporting prostitution
See more...