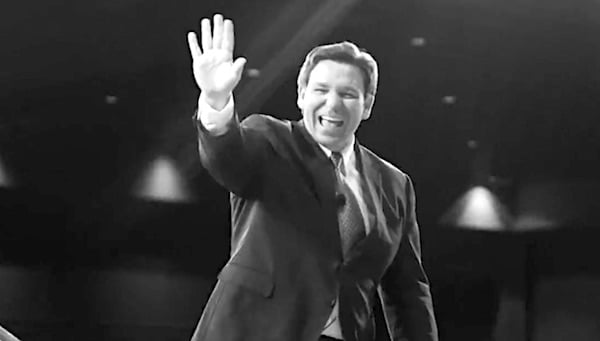 The measure limits companies affiliated with China and other countries of concern, including Russia, Iran and North Korea, from purchasing sensitive land around the 21 U.S. military bases in Florida. Chinese purchases of land at Grand Forks Air Force Base in North Dakota, reported by CNBC in July, and Malmstrom Air Force Base in Montana triggered worries that the CCP would use the land to surveil goings-on at the bases, potentially giving the CCP a conflict advantage and provide insight to U.S. defense technology.

“How is that in our national interest?” DeSantis said in a press briefing.

“They want to get intelligence. They want to know what’s going on here in the United States,” he added.

China’s Huawei has installed telecommunications equipment on land near U.S. military bases, raising concerns among lawmakers and national security officials that the CCP might intend to capture sensitive data on military procedures and personnel, CNN reported.

Foreign investors hold a stake in 5.8% of Florida’s agricultural land, according to a statement.

“From server farms to farmland, the Communist Party of China has been worming its way into our nation’s data storage systems and buying up tracts of land near sensitive national security sites,” DeSantis said in the statement.

In the same swath of actions designed to protect Floridians from malign Chinese activities, DeSantis signed an executive order barring government entities from obtaining technology products and services from companies those countries own or control. The order also outlaws contracting with companies owned by or housed in the countries of concern, if those contracts would require providing access to Floridians’ personal information, such as medical records.

While some companies appear privately owned, “if you peel back the onion” they display links to the CCP, DeSantis said.

Today, I took action to protect Floridians from the bad intentions of adversaries abroad, such as the Chinese Communist Party.

This Legislative Session, I am proposing additional protections for our homeland against threats arrayed by those who seek our nation’s downfall. pic.twitter.com/2yVxf33fL6

“By prohibiting the purchase of lands, state contracts with Chinese technology firms, and the infiltration of CCP-affiliated groups such as Confucius Institutes, Florida is leading the way to protect our nation from international foes,” said DeSantis.

China purchased a total of $6.1 billion in U.S. real estate last year, much of that near sensitive military and trade sites, Texas Policy reported.