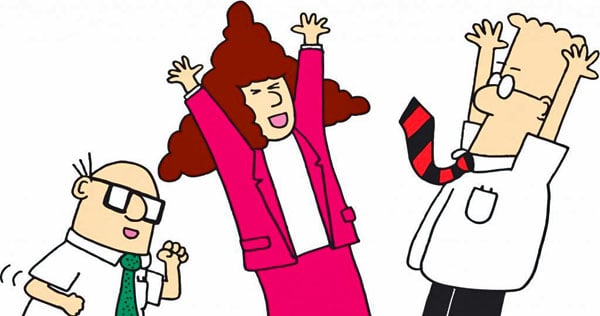 (NEWSBUSTERS) – Progressives really have no sense of humor. The famous comic strip “Dilbert,” a fictional story about a character with the comic’s name that serves as a satirical commentary on office politics and workplace culture, has been removed from over 80 newspaper publications. Lee Enterprises, the company that distributes the comic, has not commented on why it was discontinued.

However, Scott Adams, the creator of the comic, believed it was cut from publications because of his tendency to poke fun at woke agendas that have found a home in the American corporate world.

"It was part of a larger overhaul, I believe, of comics, but why they decided what was in and what was out, that's not known to anybody except them, I guess," he said.