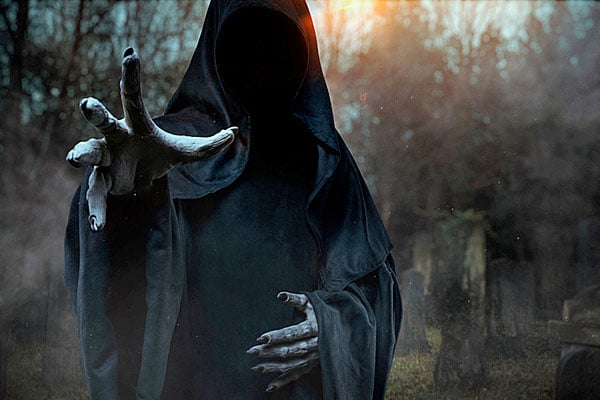 In a move that seems a stretch even for a leftist corporation that openly promotes LGBT agenda points and links itself to the body mutilations of young children through transgender ideology, this new "cartoon" from Disney features a little girl "Antichrist."

"There's no more putting this off. You dad is the devil and you're the Antichrist," the cartoon mom tells her daughter, about 13.

The "adult" programming is called "Little Demon" and one of the actors who provide voicing expressed approval that it normalizes "paganism."

It opens with a news report that the sky over a school has been "torn open."

Mom that drops a "your dad, the devil" bombshell on the little girl, to which she responds in kind.

The online promotion of the video from Disney says, "From the co-creator of Rick and Morty comes the new animated comedy, FX's Little Demon."

It asks people to subscribe to support the venture financially.

And it recites, "It has been 13 years since being impregnated by Satan, and a reluctant mother, Laura, and her Antichrist daughter, Chrissy, attempt to live an ordinary life in Delaware. However, the two are constantly thwarted by monstrous forces, including Satan, who yearns for custody of his daughter's soul."

The The Gateway Pundit was blunt in its assessment, with, "Disney continued down its path to destruction, releasing a new cartoon entitled Little Demon, and it is just as bad as it sounds."

"The series features demonic witchcraft, pagan rituals, gratuitous blood, gore and nudity, and judging by the trailer (included here, but not recommended) can easily be considered pornographic by definition."

It was YouTuber Nick Jones who also pointed out the "cartoon" is intended for adults, but undoubtedly will get the attention of children.

"But perhaps even more sinister is how spiritually undiscerning adults are being targeted with the normalization of satanic, demonic and pagan ideas through the use a comedic cartoon, that will further desensitize themselves and their children to this kind of evil," the Gateway Pundit said.

The Gateway Pundit cited the comments from One Million Moms, which tries to stop exploitation of children:

"Along with other Disney-associated productions such as Maleficent, Star vs. the Forces of Evil, and The Owl House, this new adult cartoon series, Little Demon, is also set in a spiritually demonic realm. According to Deadline, a Hollywood online news source, 'Among other shenanigans, the comedy … shows Laura [the mother] nude with no pixilation. She strips down in the first episode to perform a ritual, while there are multiple instances of nudity throughout the series.'"