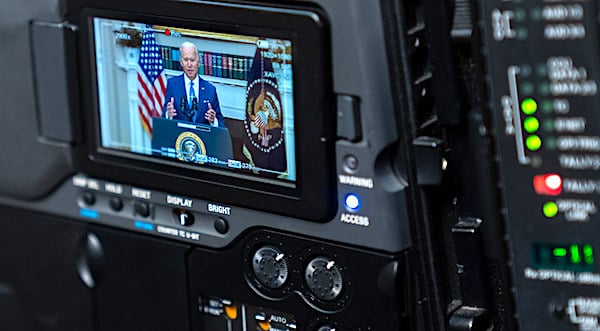 Sponsored by Sen. Amy Klobuchar, D-Minn., the intent of the bill is to protect the dying local media outlets that are losing ad revenue to Google and Facebook. The legislation would force the platforms to pay for the news links from which they derive much of their revenue. It would allow publishers to form a "joint negotiating entity," or JNE, that would negotiate cash-for-content deals with Big Tech.

A provision of the bill specifies that a media company cannot be excluded from the JNE based on "the views expressed by its content."

However, any conservative or anti-establishment media outlets inevitably would be excluded, cotends Allum Bokhari, the senior technology correspondent at Breitbart News.

He argues that the "self-appointed mainstream and left-wing media cartels ARE allowed to exclude based on the usual, totally subjective, factors they always do, such as: 'trustworthiness,' 'fake news,' 'extremism,' 'misinformation,' 'hate speech,' 'conspiracy,' 'correction policy,' 'expertise' and 'authoritativeness."

The terms, he points out, are viewpoint neutral, yet when interpreted by the left's media watchdogs and fact checkers, only one side of the political spectrum ends up being targeted.

"Despite misleading the American public for years – even winning a Pulitzer for their efforts – most of the news companies that pushed the discredited 'Russiagate' conspiracy theory, like the New York Times and the Washington Post," Bakhari wrote, "continue to receive a 'green' approval rating from NewsGuard, while news outlets that debunked the conspiracy theory, like Breitbart News and Fox News, are smeared as untrustworthy and unreliable."

Ultimately, he said, "any conservative or independent, or any free speech advocate, much less any Republican who does not see this fatal flaw is whistling past the graveyard and is not worthy of political support."

He noted that last week, President Biden labeled supporters of President Trump's political policies as extremists who pose a threat to democracy.

Among the sponsors of the bill are Republican Sen. John Kennedy of Louisiana and Republican Rep. Ken Buck of Colorado.

The Republican House leadership has condemned the bill.

Rep. Jim Jordan, R-Ohio, the ranking member of the Judiciary Committee, warned the media "will use it, in the end, to discriminate against people who don’t fit into their category, who aren't defined as 'the press' – and who’s going to determine that definition?"

And some progressive think tanks have spoken out against the legislation, such as Public Knowledge, calling it a gift to "Wall Street media executives," benefitting the wealthiest media companies.

And the "link tax" is an "internet killer," they argue, that doesn't recognize the benefit news outlets derive from the wide distribution of their content provided by Big Tech.