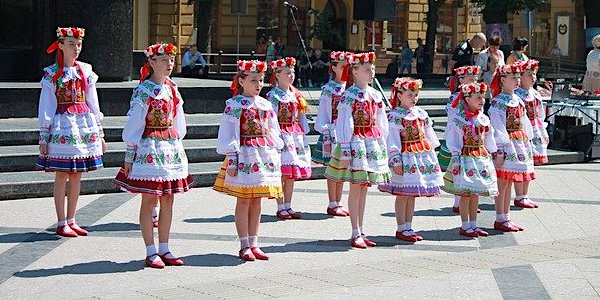 European countries teeter on the brink of recession and could be pushed over the edge by a harsh winter, while the continent’s largest economy faces a definite recession, according to a report issued Monday.

The Organization for Economic Cooperation and Development (OECD), a Paris-based economic policy forum, said that the war in Ukraine had slowed global economic growth more than predicted as early as June in a report released Monday. As inflation and energy shortages drive up prices of food and fuel, Germany and Russia will likely experience a full-on recession as Europe’s natural gas reserve capacity creates a tentative buffer for the remaining countries.

“Inflationary pressures that were already present as the global economy emerged from the pandemic have been severely aggravated by the war,” OECD Secretary-General Mathias Cormann said during a presentation.

Combined energy and business productivity shocks could tamp European economic growth by 1.25 percentage points in 2023 and drive up inflation by 1.5 percentage points, the report stated. This could “push many countries into a full-year recession in 2023” and suppress growth into 2024.

The OECD predicted global growth would slow to 2.2% in 2023, down from 3% in 2022 and an earlier forecast of 2.8% for next year. In total, the world may see a loss of $2.8 trillion in growth potential, equivalent to the size of France’s entire economy, Reuters reported.

The OECD’s figures show the greatest contraction for Russia’s economy, revising growth projections down 5.5% for 2022 and 4.5% for 2023.

Good Morning from #Germany where recession is the new consensus forecast for 2023. Economists expect German econ to shrink by 0.3% in coming year. In Apr, experts were still expecting growth north of 2.5%. If politicians continue to maneuver, recession could turn into depression! pic.twitter.com/U5TbNB0vFB

Russia’s clamp down on natural gas exports to some European countries has hit the continent particularly hard.

“A key risk around the projections is that the ongoing and planned reductions in energy supplies from Russia to the EU prove much more disruptive than assumed in the baseline projections,” the report stated.

More countries could dip into recession if efforts to diversify natural gas sourcing fall short of what is needed to fuel businesses and heat homes through the winter, according to the report. A cold winter could further strain Europe’s natural gas storage facilities, which have reached between 80% and 90% capacity as of Monday.

“Even at this level, there may not be sufficient storage to ensure that demand in a typical winter can be met,” the report stated.

However, German Chancellor Olaf Scholz said earlier in September the Russian gas-dependent country is “in a position in which we can go bravely and courageously into this winter,” the Associated Press reported.

High demand will continue to pressure energy prices upward, according to the OECD. Many countries have taken steps to encourage energy conservation, but that could have a downward effect on productivity.