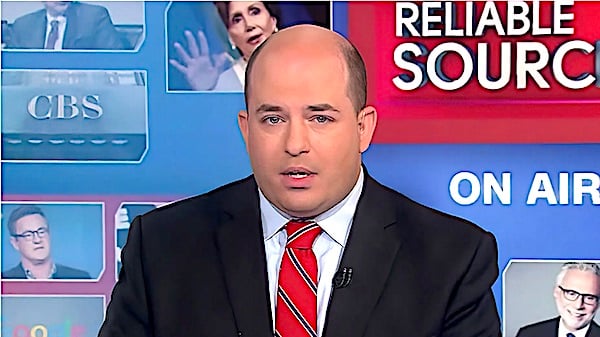 The Shorenstein Center on Media, Politics and Public Policy at Harvard Kennedy School announced it hired CNN host Brian Stelter to “convene a series of discussions about threats to democracy and the range of potential responses from the news media” as their new Media and Democracy fellow for the fall semester. CNN had cancelled Stelter’s Sunday talk show, “Reliable Sources,” in August, after the company’s new president Chris Licht reportedly evaluated whether left-leaning anchors, including Stelter and Jim Acosta, were appropriate for the company’s future.

NEWS: @brianstelter is coming to the @Kennedy_School as the center's 2022 Walter Shorenstein Fellow! He'll be holding a series of public events and community discussions about democracy and the role of the media in preserving it. Welcome, Brian! https://t.co/oJRFm5K9nZ

Licht has said he is attempting to give the network a more bipartisan tone and has ousted several prominent figures.

Stelter reportedly imagines the opportunity as a way to host similar discussions as those on “Reliable Sources” in college campuses, Axios reported.

His show often criticized conservatives and supporters of former President Donald Trump, and once compared the “radicalization” of Trump supporters by the “right-wing media machine” to members of ISIS.