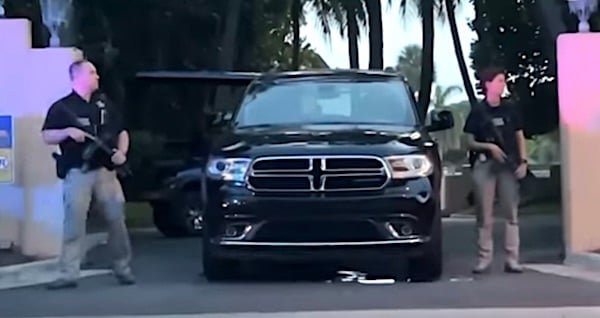 A former FBI boss is warning prosecutors in Joe Biden's Department of Justice to be aware that the search warrant used against President Donald Trump – allowing an FBI raid on his private property – could be thrown out.

"I think the government would be concerned as well, because there's concern that the search warrant itself was overly broad from the get-go," Kevin Brock said on a "Just the News, Not Noise" podcast.

"Because the scope that they were looking for was every single document generated during the Trump administration — that just seems too inexcusably overbroad. Now there's indications that they (the FBI) collected much more than they were authorized to collect."

Brock, a special agent in charge of the Cincinnati Division, was named assistant director for the Office of Intelligence in 2004 by then-director Robert S. Mueller.

He had joined the FBI in 1983 and had investigated criminal matters, domestic terrorism, cyber crime, counterintelligence, and counterterrorism.

In fact, the FBI is known to have collected Trump's passports, including those that were expired, and reports have said the bureau's agents even took disallowed attorney-client privileged material and health records.

Brock said during the broadcast that he believes that the search warrant could be suppressed entirely.

Trump recently was given a victory is his fight over the search, with a federal judge calling for a special master to review the documents – to determine what the government is allowed to see.

In fact, the DOJ argued against that move, revealing that its agents already had looked at all the material, even that to which the DOJ may have no rights.

But a rejection of the search warrant could mean that nothing obtained by agents could be used in any case whatsoever.

Brock explained, "If I'm a prosecutor, I am concerned going forward that this search warrant could be suppressed and for those types of reasons, and they would lose access to anything that was collected throughout the search as a fruit of the poisonous tree. So I think that's got to be in the back of their minds."

He also raised concerns about how the raid was carried out, noting it did not follow the standard procedures of taking "the least intrusive route possible at first."

The FBI agents, in fact, arrived by the dozens, ordered staff in the home to leave, told them to turn off the video surveillance system, and then inspected even rooms used by Melania Trump and Barron Trump.

The FBI later released a photo of allegedly secret documents spread across the floor, triggering charges that it was staged to make President Trump look bad.

Agents ended up taking boxes and boxes of materials, claiming they contained classified material. Trump has confirmed he declassified the documents he had, which as president then he had the authority to do.