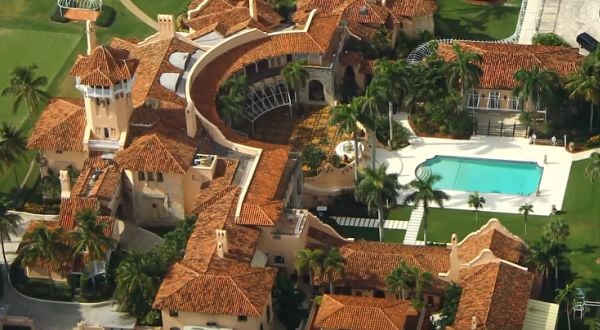 A senior federal judge has been appointed the ‘Special Master’ to oversee the FBI’s search of former President Donald Trump’s home in Palm Beach, Florida on Aug. 8, per a court order issued Thursday.

Senior Judge Raymond J. Dearie, 78, was named to the role by Judge Aileen M. Cannon of the U.S. District Court for the Southern District of Florida, per an order she issued on Thursday evening. Dearie is a former judge of the U.S. District Court for the Eastern District of New Yorkbased in Brooklyn. An appointee of President Ronald Reagan, Dearie served for 25 years on the court, including four years as the Eastern District’s Chief Judge, before taking senior status in 2011, a form of semi-retirement for federal judges that keeps them part of the federal bench, allowing them to continue hearing cases. Dearie had also served a four-year term as the U.S. Attorney for the district during the Reagan administration.

Dearie was also appointed by Chief Justice John Roberts to the U.S. Foreign Intelligence Surveillance Court for a seven-year term, from 2012 to 2019. The court, known as the ‘FISA Court’ in government circles, hears “ex parte” (i.e., unilateral) and classified requests from the federal government to surveil foreign spies in the U.S., per its website. The role gives Dearie experience dealing with highly classified information as well as a Top Secret/Sensitive Compartmented Information security clearance, necessary given the high classification level of some documents seized.

Raymond Dearie is a semi-retired federal judge in “senior status.”

Dearie was appointed by Reagan in 1986.

Cannon, a Trump appointee, tasked Dearie with reviewing “all of the materials” seized by the FBI when it executed the search warrant ordered by Magistrate Judge Bruce Reinhart on Mar-a-Lago. That search was intended to retrieve classified information that Trump had taken to Mar-a-Lago with him at the expiration of his presidential term. More than 10,000 materials were seized, per court documents.

Trump and his attorneys, meanwhile, claimed that the materials seized were not classified, as he had used his presidential authority to declassify them while in office, and contained material subject to attorney-client privilege and some personal property. Trump accordingly filed a lawsuit against the Department of Justice, seeking to have a ‘Special Master’ appointed to review the materials seized and the FBI’s conduct surrounding the search, as well as return any items “not within the scope” of the search warrant.

NEW: Judge Cannon has denied the DOJ’s motion for a partial stay, and appointed Judge Dearie as special master to review the documents (including those with classification markings) seized from Trump’s home pic.twitter.com/5RxUOTIXL8

Cannon granted Trump’s request for relief on Sept. 5 and ordered the parties to propose candidates for the role. Both Trump and the DOJ submitted two names each as candidates. Dearie, the chosen candidate, was Trump’s first pick, in a joint filing on Sept. 9.

Dearie will now have until Nov. 30 of this year to complete his review and file a report in the court, which will then decide whether to return certain materials as Trump has requested. Though the DOJ has appealed Cannon’s order appointing a Special Master, its motion to halt the appointee’s work until its appeal is decided was denied. Unless the Court of Appeals for the 11th Circuit reverses Cannon’s order, this means that Dearie may begin his review.

The legal dispute over the search warrant continues alongside the DOJ’s purported criminal investigation into Trump for possession of classified information after his term expired, as well as its allegedly improper storage, per analysis by Politico. Trump, who frequently used Mar-a-Lago for state business during his presidency, spent the final hours of his term there in 2021 after declining to attend President Joe Biden’s inauguration.

The event garnered international media attention and sparked a political controversy, with many Republicans suggesting the search was a politically-motivated attempt to damage Trump’s reputation as he weighs whether to run for the presidency in 2024. Trump, who was not at Mar-a-Lago at the time, called the search a “weaponization of the Justice System” against him, in a statement.

The warrant for the search of Mar-a-Lago appears to suggest that Trump is being investigated for violations of the Espionage Act, destruction of official records, and charges of obstruction of justice. Legal commentators have suggested that Trump’s indictment is likely, even as some Republicans warn of the political instability it will cause. “There literally will be riots in the street. I worry about our country,” said Republican Sen. Lindsey Graham of South Carolina, one of Trump’s closest congressional allies.

The DOJ and the Office of Donald J. Trump have not responded to a request for comment from the Daily Caller News Foundation.