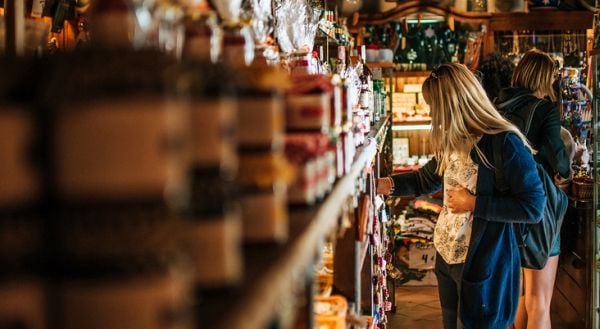 The plan recommends that Congress take action to make the 2017 Tax Cut and Jobs Act permanent before it expires in 2025, tie work requirements to government assistance and increase energy production in the U.S., according to the JCN, who partnered with Gingrich to develop the plan. The announcement comes as small business optimism languishes near record lows, according to a JCN poll conducted by pollsters John McLaughlin & Scott Rasmussen.

“Never before has Mainstreet been under such an assault as policymakers levy a growing number of regulations and taxes on small businesses,” Gingrich and Ortiz said in a joint statement given to the Daily Caller News Foundation. “That’s why we’ve partnered on this plan to help strengthen the small business community, which is the backbone of the U.S. economy.”

The plan also calls for reduced red tape for small business, and would exempt them from new federal regulations by default, putting the onus on Congress to prove their necessity, according to Ortiz. Speakers at the event also touted the plan’s commitment to providing more capital for small businesses, which Ortiz characterized as being crucial for empowering minority-owned small businesses in an interview with the DCNF.

Speakers discussed the impact of the Federal Reserve’s ongoing battle with inflation, and argued that the interest rate hikes announced Wednesday would put further strain on employers.

“When you’re trying to get a piece of equipment that’s a million dollars, those [increases] really do mean a lot,” said Nicole Wolter, small business owner of the H M Manufacturing, speaking at the event. “It’s clear that the climate for small business has soured.”

Inflation persisted in August at 8.3% annually; more than four times the Fed’s goal of 2% annual inflation. President Joe Biden has repeatedly downplayed the impacts of inflation, going so far as to claim the Inflation Reduction Act has helped reduce costs “at the kitchen table,” despite historically high grocery prices.

Ortiz noted that he hoped the plan would be embraced by politicians regardless of political affiliation, and that Republicans would find it complimented House Minority Leader Kevin McCarthy’s “Commitment to America” plan, to be announced later this week. Gingrich characterized the Small Business Prosperity Plan as “a very important step” to an American economic recovery.

“This is something that has to get done,” said Ortiz.