Ginni Thomas on her way to testify before the House select committee investigating the Jan. 6 Capitol riot (Screenshot CNN video)

Amid calls for her husband to be impeached, Ginni Thomas, the wife of Supreme Court Justice Clarence Thomas, declared in a voluntary appearance before the House select panel investigating the Jan. 6 Capitol riot that she has never influenced her husband's judicial decisions.

She said in her opening statement Thursday "it is laughable for anyone who knows my husband to think I could influence his jurisprudence – the man is independent and stubborn, with strong character traits of independence and integrity."

Thomas said her husband's work is beyond the scope of the panel's jurisdiction, emphasizing she was there "voluntarily to answer questions about my activities regarding the 2020 election, which, I think you will find, were minimal and mainstream."

Sources in the room said Thomas answered all of the questions of the panel members, who are all Democrats with the exception of Reps. Liz Cheney, R-Wyo., and Adam Kinzinger, R-Ill., the Epoch Times reported. Cheney was soundly defeated in the Republican primary in her bid for reelection, and Kinzinger has retired.

"I can guarantee that my husband has never spoken with me about pending cases at the court. It's an iron clad rule in our home," Thomas said in her statement.

"Additionally, he is uninterested in politics. And I generally do not discuss with him my day-to-day work in politics, the topics I am working on, who I am calling, emailing, texting, or meeting."

In an exchange with CNN host Jake Tapper, network special correspondent Jamie Gangel said, "So after everything we know, Ginni Thomas is still an election denier."

NEW: Ginni Thomas met with Jan 6 committee IN PERSON. She did not answer my questions pic.twitter.com/5z6pypr0S9

In June, Ginni Thomas was asked to testify regarding text messages to then-White House Chief of Staff Mark Meadows and emails to Trump attorney John Eastman that pertained to the 2020 election.

Democrats suggest she had a role in organizing what they characterized as an "insurrection," the riots that actually torpedoed the plan of some Republican lawmakers to exercise their constitutional right to raise objections to the veracity of certain state vote counts when Congress met Jan. 6, 2021, to count and certify Electoral College votes.

She told the Daily Caller she welcomed the opportunity to "clear up misconceptions."

In a March interview with the Washington Free Beacon she said she did not help organize the White House rally that preceded the riot at the Capitol. While she attended, she said she got cold and left early. And she argued her involvement with the event has nothing to do with her husband.

"Like so many married couples, we share many of the same ideals, principles, and aspirations for America," she said. "But we have our own separate careers, and our own ideas and opinions too. Clarence doesn't discuss his work with me, and I don't involve him in my work."

'A man who cares deeply' about the court and people
In June, as Clarence Thomas faced scrutiny over his wife's communications about the 2020 election and calls by some Democrats for him to resign, he received wholehearted endorsement from one of the political left's most revered figures, Supreme Court Associate Justice Sonia Sotomayor.

She said at the annual convention of the progressive American Constitution Society that she has disagreed with Thomas in court opinions more than with probably any other justice.

"Yet Justice Thomas is the one justice in the building that literally knows every employee's name. Every one of them," she said.

"He is a man who cares deeply about the court as an institution, about the people who work there. But about people."

'Transparently partisan'
Many Democrats, including Reps. Alexandria Ocasio-Cortez of New York and Ilhan Omar of Minnesota, have called for Clarence Thomas' impeachment or resignation because of his wife's political activism.

The former assistant U.S. attorney for the Southern District of New York argued that Supreme Court justices "are not even subject to disqualification over their own activities that bear directly on cases." 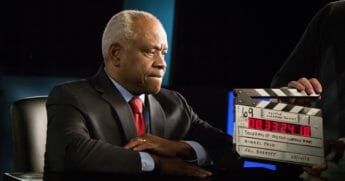 The associate justice made it clear in an acclaimed 2020 documentary, "Created Equal: Clarence Thomas in His Own Words," that he believed the attacks against him during the 1991 confirmation process ultimately were about one issue: abortion.