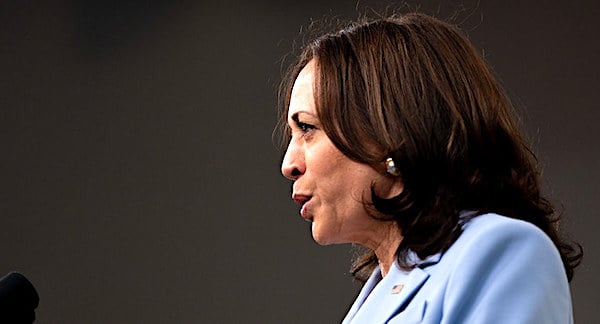 (JUST THE NEWS) – Vice President Kamala Harris on Thursday made an awkward gaffe when she said the United States has a "strong alliance" with "the Republic of North Korea."

"The United States shares a very important relationship, which is an alliance, with the republic of North Korea, and it is an alliance that is strong and enduring," Harris said.

She was referring to the Republic of Korea, which is the official name of South Korea, during her speech at the Demilitarized Zone, which separates communist North Korea from the U.S. ally South Korea.