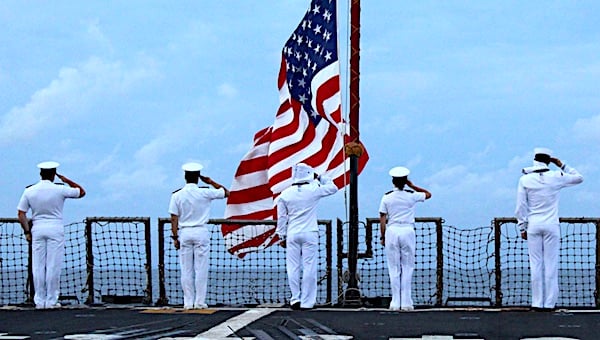 Record-highs for inflation, violent crime, drug overdoses and illegal border crossings – not to mention vaccine and mask mandates, and lockdowns – should spell doom for Democrats at the ballot box on Nov. 8.

But if Republicans take over the House, as expected, and possibly the Senate, will anything change?

House GOP leaders unveiled a plan Friday, and they promise voters it will be implemented if they win.

The "Commitment to America," says House Minority Whip Steve Scalise, is "a bold conservative vision for a prosperous America that will reverse Biden and Pelosi’s self-made crises."

"Our plan is built on four key principles: an economy that is strong; a nation that is safe; a future built on freedom; and a government that is accountable," he wrote in a column for Breitbart News.

Scalise pointed out that the top economic adviser to both Presidents Clinton and Obama, Larry Summers, warned that the $10 trillion of taxpayer money on government spending bills would fuel inflation.

In fact, inflation reached the highest level in nearly 40 years, taking an average of $460 from the paychecks of working families each month.

House Minority Leader Kevin McCarthy, in a guest column for the New York Post, said a big priority will be "cutting the oil-and-gas-permitting process time in half, lowering energy costs and creating good-paying jobs by unleashing reliable, abundant American-made energy."

The Republican plan, he said, "modernizes outdated regulations to expand American manufacturing, strengthen our supply chain and end our dependence on China for critical goods."

"Of course, we can’t have lasting prosperity without public safety," he continued. "To secure our southern border, we'll end catch-and-release loopholes, invest in effective border enforcement and deploy technology to stop the endless flow of illegal immigration and drugs under Biden that’s turned every city into a border city."

"If woke district attorneys won’t do their job, they don’t deserve another dime of federal money," he said.

In 1994, House Speaker Newt Gingrich's famous "Contract with America" led to Republicans winning control of both the House and the Senate for the first time in 40 years.

Gingrich was part of a panel in August with McCarthy in which he praised the Republican House leader for his proposed agenda.

The former House speaker criticized Republicans who prefer to remain on defense, relying on Biden's failures and low approval ratings to win.

"I don't have to be as careful as Kevin. So, look, I think the people who say that are nuts," Gingrich said.

Meanwhile, former President Trump has released a video signaling his priorities if he were to run in 2024, addressing 18 issues he contends have been mismanaged by his successor.