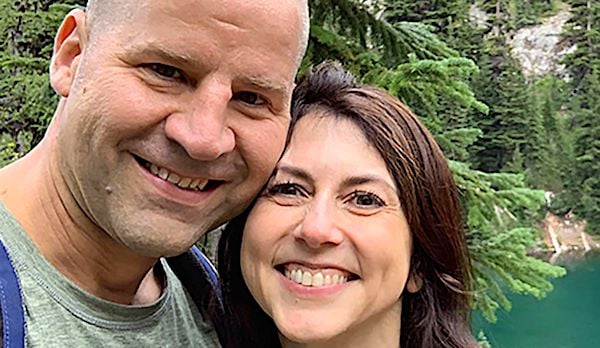 (DNYUZ) -- Less than two years after announcing their intention to give away a vast fortune together, the billionaire philanthropist MacKenzie Scott and her husband, Dan Jewett, a former science teacher, are parting ways.

Ms. Scott filed a petition for divorce in the King County Superior Court in Washington State on Monday, according to a copy of the filing. The breakup punctuates an eventful period for Ms. Scott, who in less than four years got divorced from her longtime husband, Amazon founder Jeff Bezos, gave away more than $12 billion to nonprofits and married an instructor at the prestigious school attended by her children.

Their marriage, which garnered significant public attention in the wake of Ms. Scott’s divorce from the world’s richest man, had also been a philanthropic partnership, with Mr. Jewett publicly promising to join her in donating their enormous fortune to good causes.