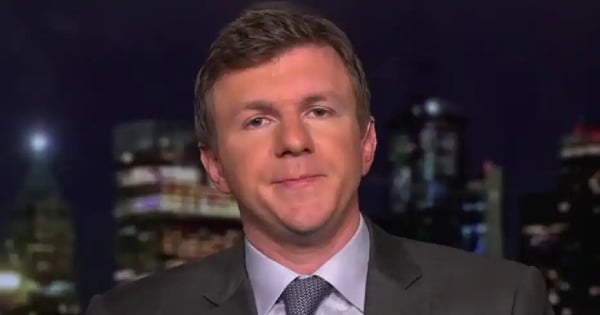 A jury verdict awarding damages to an organization of Democrat activists against the investigative reporting organization Project Veritas will be appealed.

A report at Just the News explains a jury this week awarded $120,000 in damages to Democracy Partners, claiming the undercover reporting by Project Veritas was fraudulent misrepresentation.

Project Veritas officials said the decision will be appealed.

The organization, like many journalistic enterprises, sometimes uses plants embedded in organizations to obtain its exclusives.

In this case, an associate used an alias to obtain an internship with the activists.

But the jury said those actions "breached a fiduciary duty to the consulting firm, Democracy Partnerships.

Recordings that were made by the operative depicted what were described as efforts to incite violence at rallies for then-President Trump.

The Democrat activists said they lost contracts after the videos were released.

"Journalism is on trial, and Project Veritas will continue to fight for every journalist’s right to news gather, investigate, and expose wrongdoing – regardless of how powerful the investigated party may be."

WND reported last year when the judge gave clear direction in the case, determining that the plaintiffs could call Project Veritas' work "spying."

The case is over a project in 2016 in which Allison Maass, who worked for Project Veritas, took an internship at Democracy Partners under another identity. She was secretly recording staff members there and relaying their comments to Project Veritas.

Eventually, the undercover journalists released a series of videos and that prompted Democracy Partners founder Robert Creamer to step down from the Hillary Clinton campaign.

WND reported at the time the video revealed Creamer being credited with ideas for affecting voters' opinions.

The Federal Elections Commission was asked to investigate the evidence in the videos, which showed Democratic operatives not only explaining how they were trying to influence the presidential election by manipulating the vote but boasting about it.

Creamer and Democracy Partners then sued Project Veritas in 2017.