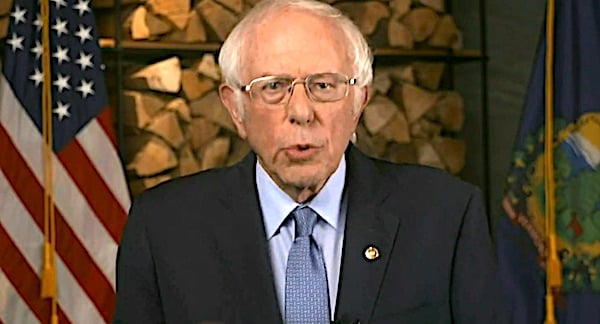 Chile rejected a proposed constitution in a national plebiscite on Sunday, one written primarily by left-wing parties that would have dramatically reformed institutions in a progressive direction.

The proposal was drafted by the country's Constitutional Convention after mass protests across the country in 2019 over inequality and the cost of living, which left 30 people dead.

The 388-article draft constitution had attracted criticism for being perceived as left-wing and radical, according to the BBC. The measure would have created constitutional rights to free public health, abortion, housing, education, internet access and retirement benefits.

It would have also enshrined new rights for animals and natural bodies mandated that women occupy at least 50% of all government jobs, and abolished the country's Senate.

Much of the opposition to the measure, however, came from language that defined Chile as a “plurinational state,” the BBC reported. This raised fears that indigenous groups could declare independence and threaten national unity, according to the opposition coalition Chile Vamos, which suggested that it would create ethnic “archipelagos.”

Chile's current constitution was adopted in 1980, during the regime of Augusto Pinochet. It has been regarded by some observers as the most pro-market constitution in the world, according to The Wall Street Journal, though had long been criticized by the left for “locking the country in social inequality.”

Voters approved the creation of the Convention in 2020 and elected its members in 2021. The 154-member body initially gained acclaim from progressive groups and the United Nations for having full gender parity, with Chile's major aboriginal groups being represented.

However, on Sept. 4, voters rejected the Convention's draft decisively, with 62% voting against the draft document.

Public opinion in Chile had been sharply divided, between Left and Right, on the question of its approval. In a statement on their website, the Independent Democratic Union, a conservative party, said that the document professed “blind faith in the state” while announcing their opposition.

The Left – led by President Gabriel Boric – had campaigned for its passage. The measure's loss is a major defeat for Boric, who campaigned on a promise of left-wing constitutional reform.

In an address to the nation after the verdict, Boric said that “Chileans' decision demands us to work harder, with more dialogue, respect, and care, until we reach a proposal that reflects us all,” signaling another attempt at reform.

Foreign left-wing figures had supported Chile's measure, seen, per Americas Quarterly, as part of a new “pink tide” of left-wing governance in Latin America. In the U.S., Independent Sen. Bernie Sanders of Vermont had tweeted his support for the new document.

On Sunday the Chilean people can vote for a new constitution, replacing the old anti-democratic one written by the dictator Pinochet with a new one guaranteeing rights to health, housing, education, and a habitable planet. I am proud to support this effort.

Other observers had predicted high costs of reform. In May, Fitch Ratings had predicted that the measure would have adversely affected Chile's international creditworthiness, while Chilean and foreign economists, per The Economist, said it would cost between 9% and 14% of GDP.

The Chilean Embassy in Washington, D.C., the Office of the President, and Chile Vamos did not respond to requests for comment from the Daily Caller News Foundation.