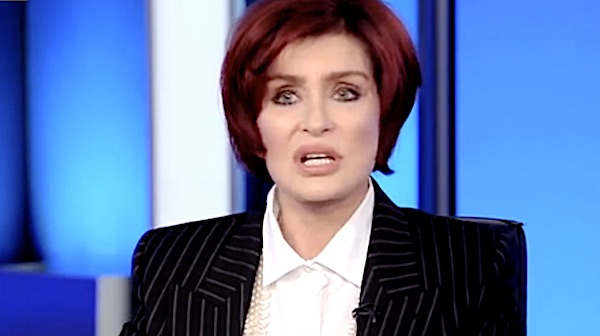 Sharon Osbourne discussed her run-in with “cancel culture” in the wake of a debate on “The Talk” during a Tuesday afternoon appearance on Fox News.

“I was this lamb that was slaughtered that morning and CBS denied responsibility on the news,” Osbourne said in a video clip from her Fox Nation documentary series, “Sharon Osbourne: To Hell and Back.”

Osbourne departed from the show after she defended Piers Morgan’s freedom of speech after he labeled Meghan Markle a liar in the wake of a joint interview Prince Harry and Markle did on March 7, 2021, with Oprah Winfrey. Markle revealed she considered committing suicide and accused unnamed members of the Royal Family of making racist comments about their son during the interview.

“I was pissed off and angry and at the same time hurt with my co-host, because especially one of the ladies I thought was a friend of mine, and I sat next to her ten and a half years and I thought she was my friend,” Osbourne said. “They said he was a racist but then I said, ‘Where? What has he written, what has he ever said that was racist?’ And they couldn’t come up with anything and their excuse was, because Meghan Markle was a woman of color. He must be a racist to say she was lying. Only a racist would do that.”

“I was sticking up for my friend who is a journalist,” Osbourne said later. “He has freedom of speech, as we all do. And to criticize somebody, fine, you are entitled to do that, but because she was a lady of color, then that makes you racist.”

Co-host Dana Perino asked Osbourne if she had any advice for someone in a similar situation or if she would have done anything differently.

“I would have looked into the camera and said, ‘This was never rehearsed. This was not the show I was told I was going to do this morning. You are setting me up and I am now leaving,’” Osbourne said.

A CBS Entertainment spokesperson referred the Daily Caller News Foundation to a 2021 statement about Osbourne’s departure from the show.

“The events of the March 10 broadcast were upsetting to everyone involved, including the audience watching at home,” the 2021 statement read. “As part of our review, we concluded that Sharon’s behavior toward her co-hosts during the March 10 episode did not align with our values for a respectful workplace. We also did not find any evidence that CBS executives orchestrated the discussion or blindsided any of the hosts.”

“At the same time, we acknowledge the Network and Studio teams, as well as the showrunners, are accountable for what happened during that broadcast as it was clear the co-hosts were not properly prepared by the staff for a complex and sensitive discussion involving race,” the 2021 statement said.

“It’s a tired old story that only one person cares about,” a CBS insider told the DCNF.