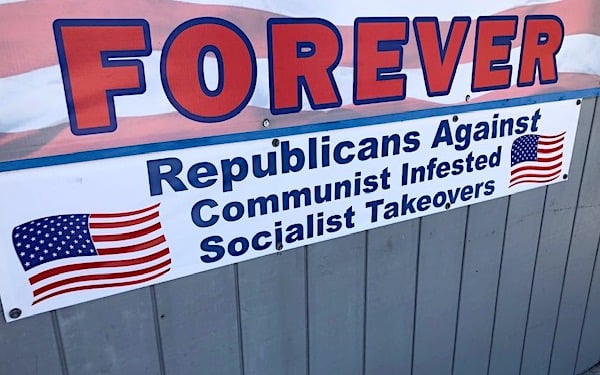 A senior adviser to President Joe Biden claimed “MAGA” Republicans pose a “danger to our democracy” and seek to “destroy the United States of America” during a Sunday morning appearance on MSNBC.

“It is important that as we look at this MAGA Republican agenda and those who seek to lead our country like Kevin McCarthy, who will lead our country if Republicans take the House in November, it is important that we pay attention to what they, what the agenda will be,” former Democratic Mayor Keisha Lance Bottoms of Atlanta, now a senior adviser to President Biden, told host Jonathan Capehart. “This MAGA Republican agenda is a very dangerous agenda.”

Biden and Democrats escalated their rhetorical attacks on Republicans in the weeks since the Aug. 8 raid on Mar-a-Lago, the Florida estate owned by former President Donald Trump.

Biden accused Republicans of embracing “semi-fascism” during an Aug. 25 speech at a Democratic National Committee fundraiser and labeled Trump’s supporters a “threat to democracy” in a Sept. 1 speech at Independence Hall in Philadelphia.

“I think it will be important for all of us who care about the United States of America to call out what we see. What we see, again, with this MAGA Republican agenda, is an effort to disrupt our democracy, so, whether it be through November and beyond November, I think it will always be important to call out any effort there is to destroy, essentially, destroy the United States of America,” Bottoms claimed. “President Biden has been very clear, he wants to work in a bipartisan effort. He has worked in a bipartisan effort, he’s been able to get things done on behalf of our country.”