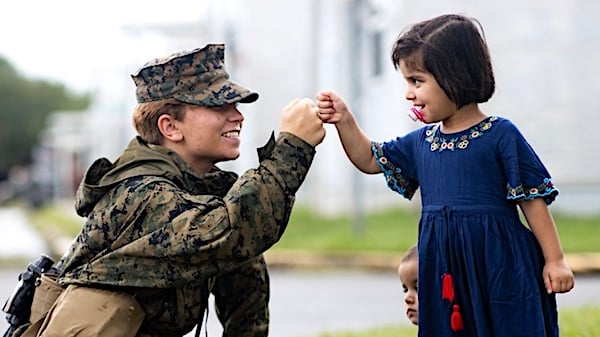 Houston, Texas, was seen as one of the cities most equipped to care for the massive numbers of Afghans granted parolee status in the U.S. after the August 2021 withdrawal. The resettlement system has all but collapsed under the weight of their needs, volunteers told the Daily Caller News Foundation.

Texas’ largest city, with its abundant jobs and large existing Afghan refugee community, has welcomed at least 5,000 parolees, more than any city besides Washington D.C., according to State Department data obtained by The New York Times. Many case officers assigned to help individual families with resettlement have abandoned their charges, turning the Biden administration’s federal welcome program to a herculean volunteer effort to stave off poverty and isolation, volunteers said.

“Arriving with only what they can carry, evacuees desperately seek haven and support in the U.S, and I believe our community can rise to the challenge as we embrace our new neighbors,” Houston Mayor Sylvester Turner said in 2021.

In 2016, Houston received between 2,000 and 3,000 refugees per year, dropping to a low of 650 in 2020, according to Houston Welcomes Refugees. Houston’s Harris County received the seventh-highest number of refugees since 1975 out of all U.S. counties, the Houston Chronicle reported.

However, none of the the five nonprofit agencies responsible for resettling displaced Afghans after August 2021 — Alliance for Multicultural Community Services; Houston Catholic Charities of the Archdiocese of Galveston-Houston; Refugee Services of Texas, Inc; YMCA International Services and Interfaith Ministries Of Greater Houston — were prepared for the massive influx of refugees, even with partial government funding, said a woman named Stacey, who is on staff at a nonprofit providing English programs aimed at refugee families.

“The system in Houston is extremely overrun,” Stacy told the DCNF. “It’s just about ready to break.” 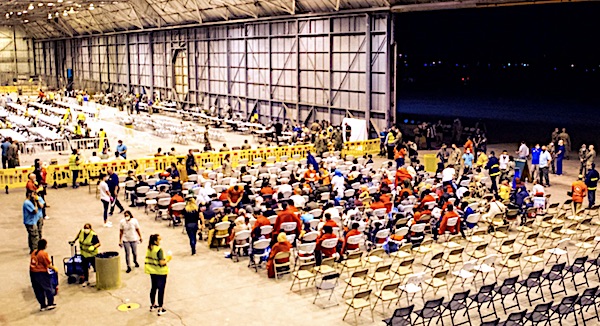 Resettlement agencies assign case officers to help parolees with getting a drivers’ license, learning English and negotiating the complicated legalities of the U.S. immigration process, Stacey explained. To aid with the ballooning workload, the resettlement hired on parolees who spoke English and were more acculturated to the ways of Western society as case officers.

Overwhelmed by the burden of their own integration process, some caseworkers have become lax or stopped doing their job entirely, said Stacey.

So when Stacey is not teaching English, she and others like her serve as volunteer caseworkers, doing things like secure social security cards, enroll children in school and make doctors’ appointments.

“I’m very frustrated and very upset right now about these caseworkers’ negligence,” a full-time volunteer, who asked to be referred to as K.J., told the DCNF.

Men are often forced to use donated cars to commute to a job where they make between $10 and $15 dollars an hour, barely enough to manage Houston’s sky-high rent prices, according to Stacey. Children and teenagers with little to no educational background who live in the inner city school district must find their own way to school, as well as complete homework all in English.

“Everywhere you find that people are falling through the cracks,” she added. “Mainly it has to do with resettlement agencies.”

Language remains a huge barrier particularly among the women, who range from Western-educated to illiterate even in their native languages, Stacey explained. Not all resettlement agencies provide language training, so individual volunteers and nonprofit organizations set up informal lessons in the homes or one of the 25 to 30 apartment complexes where Afghans have begun to form communities.

“I have an apartment I call my office in one complex where I teach English. I’ve helped 40 families since last October, so I’m busy all day, every day,” K.J. said.

“Some [women] are making great progress putting together 3 and 5 word sentences. Others are still trying to grasp ABC’s and 123’s,” she added. She said there are perhaps hundreds like her.

“Some of the parolees are sustaining … Nobody is thriving,” said Stacey. 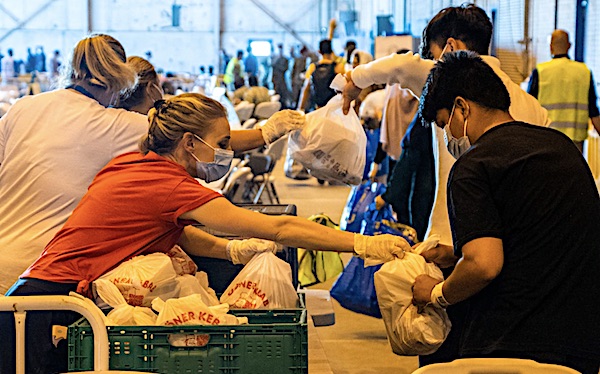 The White House confirmed on Sept. 1 the drawing down of “Operation Allies Welcome,” the administration’s resettlement program, by October, moving over to efforts to relocate the remaining Afghans still overseas and help parolees transition over to the long-term immigration pathway.

“What [Operation Allies Welcome] accomplished will live on for generations, in the stories of the more than 85,000 Afghans living in and contributing to their new communities,” Mayorkas and Deputy Secretary John K. Tien said in a statement.

The parolees don’t have official refugee status, a compromise the Biden administration made to expedite processing, so they lack access to the benefits of formal refugees. Their status also expires after two years.

A spokesperson for the Department of Homeland Security confirmed that some parolees would have their special work permits extended.

Congress introduced the Afghan Adjustment Act in August that, if passed, would make more parolees eligible for Special Immigrant Visas and streamline the immigration process.

“What [the parolees need] is the Afghan Adjustment Act passed,” said Stacey.

“When will we get to the point when there’s nothing left?” she said.

Interfaith declined to comment. Catholic Charities, YMCA, The Alliance for Multicultural Services and Refugee Services of Texas did not respond to the DCNF’s requests for comment.