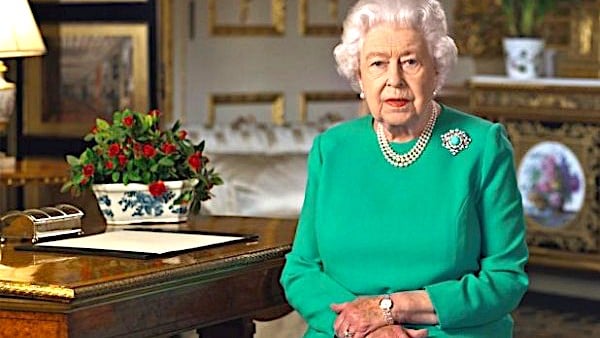 A man has been arrested for alleged sedition after paying tribute to Queen Elizabeth II near the British Consulate in Hong Kong, according to CBS News.

The police detained the 43-year-old man Monday evening outside the consulate where a crowd had gathered in honor of the late Queen, CBS News reported. Elizabeth II was sovereign in Hong Kong until 1997 when the British colony was handed over to China.

According to local media reports, the man played songs on the harmonica outside the consulate. One of the songs played was “Glory to Hong Kong,” the anthem of pro-democracy protests in 2019, CBS News reported.

Hundreds lining up outside the British Consulate in #HongKong to pay tribute to #QueenElizabeth . #hk #QueenElizabethII #uk pic.twitter.com/AXpy8T2YuI

The man was arrested on suspicion of “committing an act with seditious intent,” the Hong Kong Police reported, according to CBS News. The police refused to provide further details.

The Queen, known as “boss lady” by those who remember colonial rule, received tributes at the consulate from thousands of Hong Kong residents after her passing. Before the arrest, authorities had permitted residents to openly grieve, according to CBS News.

When Hong Kong rejoined China in 1977, it remained autonomous for nearly fifty years under a framework known as “one country, two systems,” according to the Council on Foreign Relations (CFR). In recent years, China has begun to ignore the initial agreement and restrict Hong Kong’s freedoms. A 2020 law gave the Chinese government the right to punish critics and silence those in dissent, the CFR reported.

The Hong Kong Police and the Hong Kong Economic and Trade Office did not immediately respond to the Daily Caller News Foundation’s request for comment.