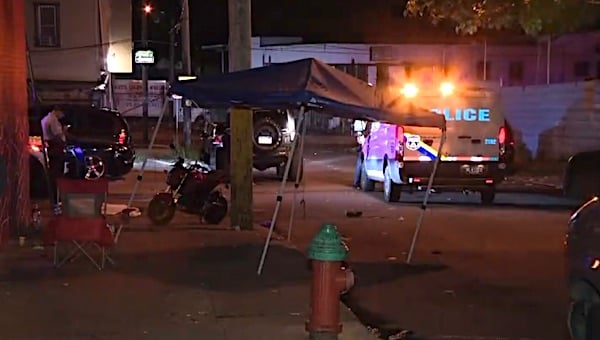 At least 11 mass shootings have occurred across mostly Democrat-run cities nationwide during Labor Day weekend so far, killing at least 15 people, according to Gun Violence Archive.

Mass shootings have occurred in cities including Saint Paul, Minnesota, Charleston, South Carolina, Chicago, Philadelphia and Cleveland, killing at least 15 people during Labor Day weekend so far, according to the Gun Violence Archive. Most of the cities are run by Democratic mayors.

The weekend’s deadliest mass shooting so far occurred in Saint Paul, Minnesota, represented by Democratic Mayor Melvin Carter III, where three people died and two others were injured on Sept. 5 in the city’s Payne-Phalen neighborhood, according to The Hill.

The Gun Violence Archive defines mass shootings as incidents in which four or more people were shot or killed, excluding the shooter.

The archive identified another mass shooting that killed two people and injured three in Philadelphia on Sept. 5, where President Joe Biden gave a speech lambasting former President Donald Trump’s supporters as a “threat to democracy” a few days earlier.

At least nine people were killed and an additional 19 were injured by gunfire in Philadelphia overall during the weekend, according to Metro Philadelphia.

Two men, one 18 and the other 20 years old, were killed out of four people shot outside a residence in Chicago on Sept. 4. This makes up 46 people shot and seven wounded during the weekend overall in Democratic Mayor Lori Lightfoot’s city, according to ABC 7.

Chicago is one of the strictest cities on guns. Meanwhile, Illinois was the first state to eliminate cash bail in 2021.

“But the hard truth is this: In South Carolina, only the state legislature has the authority to reform our laws with regard to illegal guns and repeat violent offenders. As a city, we’re literally prohibited from taking action in either area,” he insisted, according to Live 5 News WCSC.

The Republican Party currently controls the state’s governor’s office and both chambers in its Legislature, according to BallotPedia.