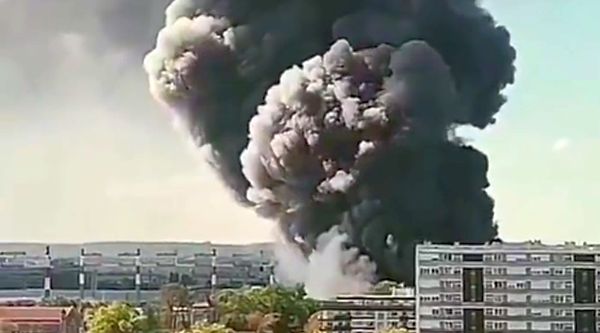 (RT) – The world’s second-largest fresh produce market caught fire in Paris on Saturday, blanketing the French capital in a dense cloud of smoke visible from kilometers away.

The fire, which originated in the Rungis International Market’s 7,000-square meter warehouse, broke out around midday. The inferno spewed a dense cloud of smoke into the sky, which could be seen creeping several kilometers over the center of the city.

A spokesman for the Paris fire service told the Associated Press that no casualties were reported, and that the fire was brought under control by 100 firefighters and 30 fire engines. The cause of the blaze is unknown but will be investigated, the spokesman said.