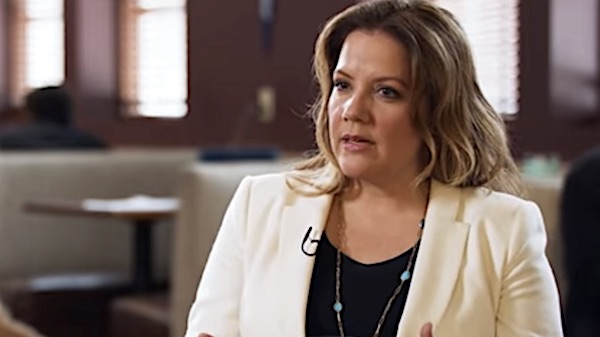 Conservative commentator Mollie Hemingway argued that the U.S. has two separate justice systems — one for conservatives and one for liberals — in a Monday speech at the National Conservatism conference in Miami, Florida.

She contrasted what she characterized as a lax response to widespread riots resulting in 25 deaths in the summer of 2020 with the intense crackdown on individuals involved in the Jan. 6, 2021 Capitol riots. She said the rule of law was under threat, particularly under President Joe Biden, whom she accused of weaponizing federal agencies against political opponents.

“Being governed by laws, not by men, is one of our most important legacies. We are now living in a time when President Biden, or whoever is handling President Biden, has fully weaponized his Department of Justice to do little other than persecute his political opponents,” Hemingway said. “The same Department of Justice sits idly by as Christian churches, pro-life maternal care centers and even Supreme Court justices are violently attacked and threatened.”

She gave a detailed summary of the violence and destruction during the summer of 2020, which she said resulted in the deaths of at least 25 people and cost insurers $2 billion. Despite the injuries, deaths and significant property damage, most offenders either weren’t charged or quickly had their charges dropped, according to Hemingway.

“The Department of Justice that mostly stood by as federal courthouses, the White House, national monuments and statues were all attacked put all its resources to bear on pretrial detention and imprisonment of anyone who was anywhere in the proximity of the Capitol riot, whether they were violent or not,” she said.

Hemingway’s remarks echoed a common theme at the National Conservatism conference: that the DOJ is being weaponized against its political opponents, who tend to be aligned with former President Donald Trump, while failing to address violence and other serious crime issues. Republican Missouri Sen. Josh Hawley discussed his plans to strengthen congressional oversight of the DOJ in comments to the Daily Caller News Foundation, and other Republicans have vocally criticized the FBI’s recent raid of Mar-a-Lago as politically motivated.

The DOJ did not respond to the DCNF’s request for comment.