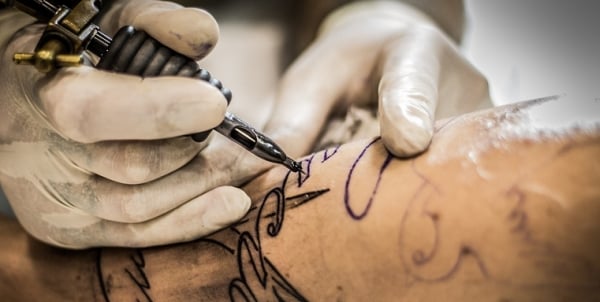 (CRANKERS) – A mom of two who is covered in poorly done tattoos, Melissa Sloan, struggles to get a job, and she believes that the reason for her professional struggles lies in those very same lousy tattoos. The woman admits to being addicted to tattoos and that employers refuse to give her an opportunity to get and keep a job because of the way she looks.

The 45-year-old lady chose to get her whole body inked and to put a flag of England all over her face. Who’s to blame, the lady, the tattoo artist who agrees to tattoo the same person every week, or the judgmental employers? Anyhow, the woman struggles to earn some green which she desperately needs, as reported by Mirror.

Although Melissa looks rather extreme, she refuses to drop her addiction. She gets three new prison-style tattoos every single week. Some of the tattoos are inked by her boyfriend. She has a Kray twins piece on her leg, one tattoo that celebrates Playboy chicks, and marijuana leaves on her head. A diverse collection, that’s what it is.