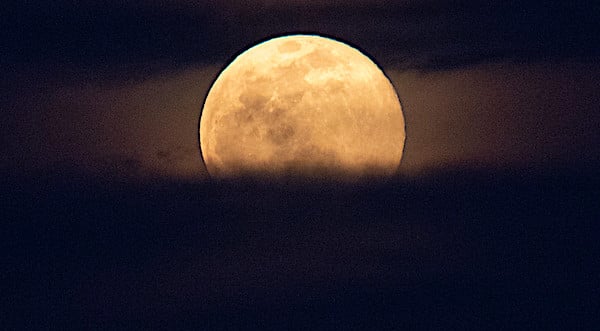 While average Americans are excited the United States is planning to send people back to the moon through NASA’s Artemis project, the space agency’s inspector general said the cost is “unsustainable,” Fox News reported.

NASA Inspector General Paul K. Martin predicted that the first four missions will cost $4.1 billion each and told Congress that price "strikes us as unsustainable."

He projected that by 2025, NASA will have spent $93 billion on the Artemis lunar program.

The price tag is far more than the space agency’s lunar program was projected to cost a decade ago, CNBC reported.

In 2012, NASA officials estimated each mission would cost about $500 million, with the first rocket shooting off in 2017. Now, the cost has increased eightfold, according to the NASA auditor.

Artemis I was originally scheduled to take off the last week of August but weather and hardware concerns postponed the launch.

NASA engineers had been unable to get the engines to the proper temperature range required to start them at liftoff, Fox News reported.

Launch controllers also had to deal with storms in the area that delayed propellant loading operations, as well as “a leak at the quick disconnect on the 8-inch line used to fill and drain core stage liquid hydrogen and a hydrogen leak from a valve used to vent the propellant from the core stage intertank,” Fox News reported.