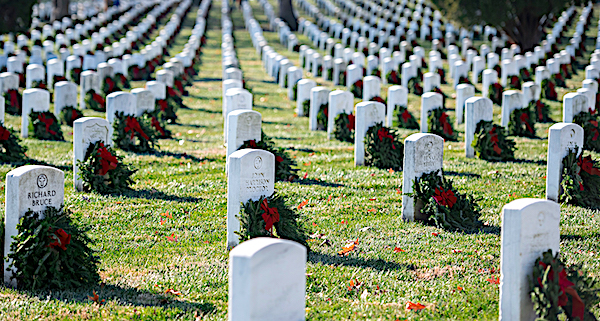 Wreaths are placed at headstones in Section 24 of Arlington National Cemetery during the Wreaths Across America event at Arlington, Virginia, Dec. 16, 2017. (U.S. Army photo by Elizabeth Fraser)

A commission set up to evaluate the political correctness of the names of military bases and other sites around the nation says a memorial in Arlington National Cemetery has to go.

It's because it recognizes the Confederacy.

The Confederate Memorial at Arlington, according to the Washington Examiner, features a bronze woman and the coats of arms of the 13 states, as well as depictions of slavery.

It is "problematic from top to bottom," the commission concluded of the statue put up in 1914.

The instruction is just part of a report from the commission which wants new names for military bases including Fort Bragg in North Carolina; Fort Benning and Fort Gordon in Georgia; Fort A.P. Hill, Fort Lee, and Fort Pickett in Virginia; Fort Hood in Texas, Fort Polk in Louisiana, and Fort Rucker in Alabama. 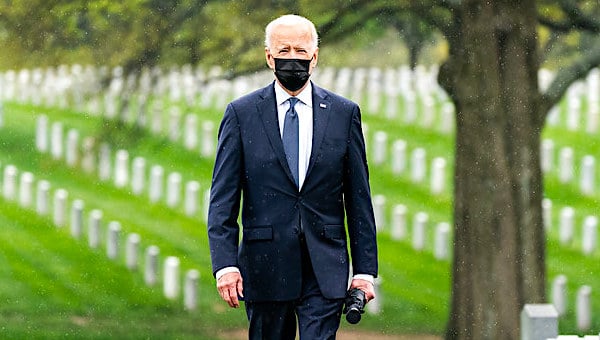 The report explained, "The recommendations are part of a larger report by the commission that seeks to propose new names for Army bases and assets that commemorate the Confederacy. The Naming Commission is set to submit a three-part report to Congress by Oct. 1 that includes recommendations for all memorials, awards, scholarships, and 'inactive, decommissioned, or obsolete assets."

It is expected to cost taxpayers about $62.4 million to do the changes the commission is requiring.

Military officials have explained that the various names preserve history, but do not signal support for the Confederacy.