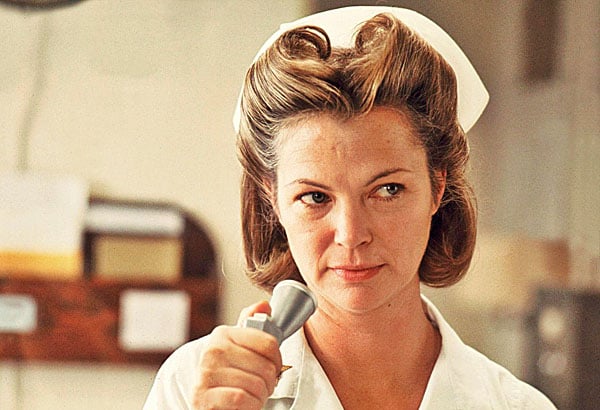 Louise Fletcher portrays the dreaded Nurse Ratched in 1975's "One Flew Over the Cuckoo's Nest."

(FOX NEWS) – Louise Fletcher, an Oscar-winning actress from Alabama, died in her home in France on Friday, according to her agent. She was 88.

Fletcher died in her sleep at her Montdurausse estate surrounded by her family, her agent David Shaul told The Associated Press. He did not provide the cause of her death.

The Birmingham native was a pioneer in Hollywood and defined what it meant to be a villain in a feature film after her riveting performance as Nurse Ratched in 1975’s "One Flew Over the Cuckoo's Nest," for which she won an Academy Award.