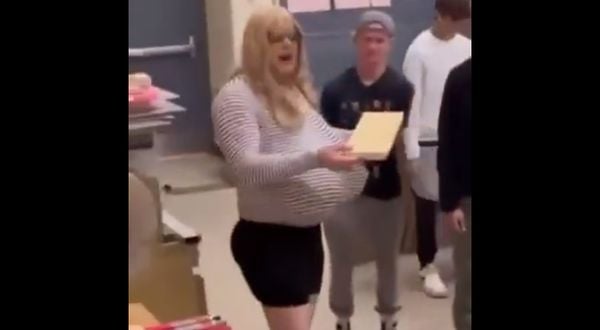 (DAILY CALLER) – Parents and students in Canada appear to be protesting a transgender woodshop teacher who wears large prosthetic breasts to school, according to video footage from Canadian outlets Rebel News and True North.

Parents reportedly protested at Oakville Trafalgar High School, where the transgender educator is employed, according to video footage posted by a producer at True North. The parents’ signs dub the transgender teacher’s prosthetics a form of “depravity.” In the background, a speaker seems to suggest that the situation in part results from the hiring “health ministers that don’t look like they’ve ever been to the gym.”

Students joined the protestors outside of the high school as well, according to video footage from Rebel News. Protesters held signs that read, “teacher’s personal propaganda has no place in the classroom.”