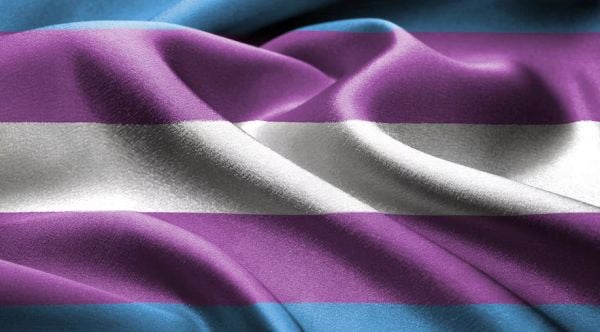 Americans believe transgender individuals should be protected from discrimination in jobs and housing, but they are a lot less sure about providing privileges such as their choice of using a restroom or public facility that aligns with their perceived orientation.

The results are from a Pew Research that revealed 64% of respondents approve from protection from housing and jobs discrimination.

But nearly that number, 58%, would require that trans athletes compete on teams aligned with the sex into which they were born, and by a 41%-31% margin would insist trans individuals use "public bathrooms that match the sex they were assigned at birth."

Nearly that number, 41%-38%, would ban public school districts from teaching about gender identity in elementary schools, and a plurality, 37%-36% would have parents investigated for child abuse if they help someone under 18 get a transgender transition.

Having those procedures covered by medical insurance got very little support.

And the poll showed there were significant numbers who were undecided on the issues.

Said Pew, "The Supreme Court ruled in June 2020 in Bostock v. Clayton County, Georgia, that 'an employer who fires an individual merely for being gay or transgender violates Title VII' of the Civil Rights Act of 1964 – making such employment discrimination illegal."

That ruling was based on the assumption that back in 1964 lawmakers intended to include transgenders, who were virtually unknown at the time, in their protections against discrimination based on "sex."

Congress now is considering the "Equality Act," which would decimate every state rule and law regarding marriage and open up the nation to the extreme ideologies of far-leftists.

The report said already, 21 states ban some discrimination against transgenders, and 18 require transgender athletes to compete on teams of the same sex into which they were born.

No state now bans adult men from entering women's public bathrooms if they say they are a woman, but three states ban those intrusions in public schools.

Dozens of states, though, have adopted or proposed laws limiting the elementary school lessons that promote transgenderism, and there's considerable opposition to requirements that insurance companies pay for such optional health care procedures.

"Several states, including Idaho and New Hampshire, have considered bills that classify helping minors access medical care for gender transitions as child abuse, but these attempts have failed. Texas Gov. Greg Abbott’s directive that defined such care as abuse has been blocked twice in court," the report said.