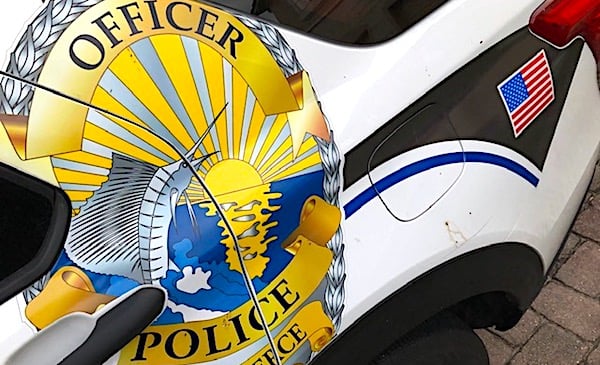 Many Democrat politicians across America, ever since the George Floyd death erupted into news and revealed misbehavior on the part of a couple of police officers, have worked to defund law enforcement.

They've allowed what essentially are no-go zones in some cities for police officers, worked to cut department budgets, and, through the election of leftist prosecutors, have arranged for no-bail, or minimal-bail procedures for even violent criminals.

In fact, the party's attempt to regain some portion of the law-and-order vote, with a couple of measures that would return some support for police, was delayed just this week by surging anti-police attitudes within the party's own ranks.

Some Democrats were maintaining that the bills, authorizing federal grants to help small police departments, didn't do enough to address "police brutality."

But such a protectionist attitude toward offending behaviors doesn't suit American voters.

A new poll shows that 95.6% of respondents confirm they are less likely to vote for a candidate who supports policies that prevent police from detaining criminals charged with violent crimes, such as kidnapping and armed robbery.

Only 4.5% said they are "more likely" to vote for such candidates.

The poll is from Convention of States Action, which worked with The Trafalgar Group, to survey more than 1,000 likely 2022 election voters from Sept. 17-20.

"Crime is the beneath-the-iceberg issue for voters in 2022, it’s absolutely clear in these numbers. The new wave of pro-criminal, anti-justice policies in Democrat-led blue cities are impacting everyone, which is why this poll shows such a strong response when asking people how they feel about this specific policy," said Mark Meckler, president of the Convention of States.

"Americans of all political backgrounds have a strong belief in protecting the innocent and punishing the guilty. More than any other issue, this spells serious trouble for the Democrats in 2022. However, Republicans have not yet made the case that they are the folks who voters should hire to fix the problem. If they can make that case, there will be a huge impact in November."

The breakdown of the poll numbers showed 76.9% said they are not likely at all to support such anti-police candidates, and 18.7% said not very likely.

On the other side of the coin, 2.8% said they are very likely to support such candidates, and 1.7% said somewhat more likely.

Unlike many issues these days, there was little difference among the political parties.

Among Republicans, 95.7% said they are less likely to vote for a candidate supporting policies that handcuff police actions, and among independents, that number was 96.7%.

Even 93.7% of Democrats, whose own party has generated much of the anti-police agenda, say they are less likely to vote for a candidate supporting polices that prevent police from detaining "criminals charged with violent crimes, such as kidnapping and armed robbery."