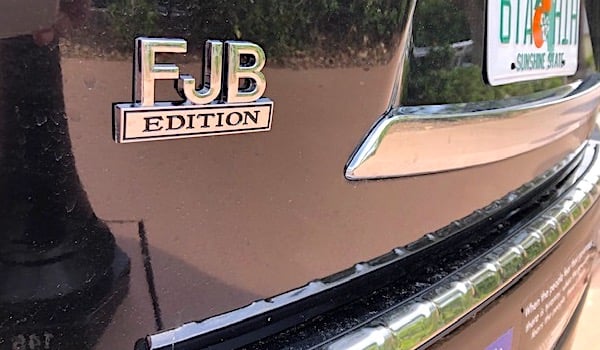 As Ford grapples with nearly $1 billion in elevated expenses from suppliers due to inflationary pressures, those same suppliers have been unable to provide parts for nearly 45,000 trucks and SUVs, forcing them to be left unfinished in the third quarter.

Ford noted that it didn’t anticipate its yearly revenue would need to be adjusted, as it expected the affected trucks and SUVs to be sold in the third quarter, according to a press release, but its estimated profit of around $1.5 billion in quarter three is about half of the expected $3 billion in quarterly profits, according to Yahoo Finance. Ford stocks fell almost 5% in after-hours trading Monday following the news, according to The Wall Street Journal, and by time of writing had fallen more than 9.25%.

Vehicles “awaiting those parts disproportionately include high-demand, high-margin models of popular trucks and SUVs,” Ford said in its press release. “According to the company, based on recent negotiations, inflation-related supplier costs during the third quarter will run about $1.0 billion higher than originally expected.”

Reality check on the consequences of inflation:

Supply-chain issues cost Ford dearly. Shares in the carmaker were down nearly 5 percent premarket after it said it would pay $1 billion more for parts this quarter. Ford blamed inflation and shortages.

Analysts were surprised by the announcement, given that Ford had been relatively optimistic about earnings in quarter two, according to Yahoo Finance. The issue of unfinished vehicles is likely to be “transitory, but surprise inflation is always worrying,” Evercore ISI analyst Chris McNally noted to Yahoo Finance.

McNally estimated that the price of shares would fall from around $15 dollars to around $13 dollars, according to Yahoo Finance.

Ford’s Monday-evening announcement follows a similarly dour announcement from FedEx on Friday, where the company announced an $800 million revenue hit off of shipping troubles and reduced demand, prompting CEO Raj Subramaniam to warn of a recession. The Dow Jones Industrial Average and S&P 500 were both down around 1.2% at time of writing, while the Nasdaq was down nearly 0.9%, according to Reuters, a slightly less severe response than the one to FedEx, whose announcement prompted all three major indices to fall at least 1.3%.

High-level executives across a variety of well-known businesses and banks have been vocal regarding recession concerns, especially as investors expect significant interest rate hikes from the Federal Reserve Wednesday, The New York Times reported. Stocks were volatile but held roughly steady yesterday as investors waited for official guidance.