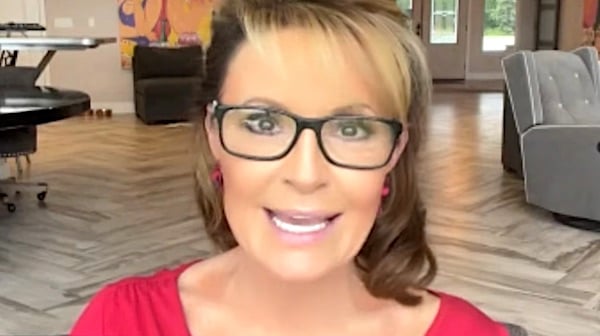 Former Alaska Gov. Sarah Palin, who is running for the state’s at-large congressional district in November, has pleaded with her Republican challenger to drop his bid to avoid splitting the state’s GOP votes.

Nick Begich III, a businessman and member of the politically prominent Begich family, was a GOP candidate alongside Palin in the Aug. 16 special election to fill the House seat, which became vacant after longtime Republican Rep. Don Young died in office in March. State law required that a special election for the seat be held within five months of an intra-term vacancy, even as the 2022 midterm election will be held on Nov. 8, within three months of that date.

In the special election, both Palin and Begich lost to former State Rep. Mary Peltola, the Democratic candidate, who captured 41% of the vote in the first round of the new state’s ranked-choice vote system. Palin and Begich gained 31% and 28%, respectively, according to the Alaska Division of Elections.

Palin has argued that, had Begich not run, many of Begich’s votes would have presumably shifted to her, enabling her to win the special election in the first round. The seat was a major pickup for the Democrats, which hadn’t held it since 1973 when Young first took office.

“It is time for the GOP to unite, we need to unite behind my candidacy and starting today with Nick Begich withdrawing from this race,” said Palin at a press conference in Wasilla, Alaska. Palin was referring to the general election in November, where she, Begich, Peltola and independent candidate Chris Bye will be on the ballot for a full two-year term in Congress.

Begich “needs to swallow a little pride,” according to Palin, who asked for his help on the campaign trail to elect her to office, arguing that she stood the best chance of beating Peltola.

For his part, Begich has refused to drop out, vowing to continue campaigning and that he can win the race.

“Ranked choice voting showed that Palin simply doesn’t have enough support from Alaskans to win an election and her performance in the Special was embarrassing as a former Governor and Vice Presidential candidate,” he said in a statement to the Associated Press.

The most recent poll, conducted by Alaska Survey Research in July, showed Begich beating Peltola in a head-to-head special election matchup by eight points (54% to 46%) while showing Palin losing to her, head-to-head, by five points (53% to 48%).

He added that he would keep traveling across the state, telling voters that it’s a choice between him and Palin. Regardless of his decision, Begich’s name will remain on the ballot in November. Labor Day was the deadline for candidates to drop out before ballots are printed.

During the general election, voters rank the candidates by preference. If no candidate wins 50% of the vote outright, a second ’round’ of tabulation is held, with the last-place candidate removed and their votes being reallocated to other candidates based on preference, which continues until one candidate gets 50%, according to an FAQ webpage by the Alaska Division of Elections.

Allies of Begich have ascribed the loss to Palin’s heavy political baggage, despite being endorsed by former President Donald Trump. A former Governor, who resigned during her first term in 2009 after a series of ethics investigations, her political career since has involved supporting Tea Party and populist candidates, as well as appearing on reality television shows such as ‘Dancing With The Stars.’

Her vice presidential candidacy in 2008 as running mate to then-Sen. John McCain of Arizona generated significant controversy about her personal life and family disputes. Palin’s former in-laws, who bear the Palin surname, recently held a fundraiser for Begich before the special election.

Begich, meanwhile, comes from a family with a long and bipartisan history in Alaskan politics, per Politico. His grandfather, the late Rep. Nick Begich, represented Alaska in the House of Representatives as a Democrat, before dying in a plane crash in 1972. He is also the nephew of former Republican Sen. Mark Begich and incumbent Democratic State Senate Minority Leader Tom Begich.

Neither Begich nor Palin’s campaigns have responded to a request for comment from the Daily Caller News Foundation.