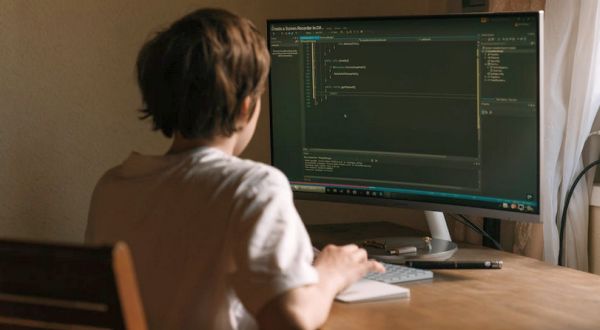 Two years ago, a legal team at the Rutherford Institute came to the defense of a sixth-grade student who was told by a teacher, during COVID's remote school phase, to look "scary" and he picked up a broken toy gun and pointed it at his computer camera.

Despite the fact he was in his own home, no other students or teachers were in proximity, it was a toy and it was broken, school officials reacted with a police report and a suspension.

Intervention by the lawyers with the Rutherford Institute persuaded the school to remove the suspension from the student's record, as what he did inside his own home was perfectly legal.

But it's not over.

That's because now, two years later, those school officials who first reacted with an attack on the student have brought up the canceled suspension in communications with a charter school to which the student applied.

Rutherford lawyers again are stepping up.

"Young people are now first in line to be searched, surveilled, spied on, threatened, tied up, locked down, tasered, and treated like criminals for non-criminal behavior," said constitutional attorney John W. Whitehead, president of The Rutherford Institute and author of Battlefield America: The War on the American People. "Clearly, the pathology that characterizes the American police state has passed down to the schools."

In the original incident school officials claimed he possessed a look-alike weapon and made a threat during that virtual Zoom class when his teacher told him to look "scary."

And those officials, after agreeing at the time to remove the unlawful suspension, brought up the incident with a charter school to which the student had been admitted.

Now Rutherford lawyers are warning that negligently distributing false information that causes harm to a student's standing and reputation could constitute defamation."

Rutherford lawyers, in a 2020 letter demanding the removal of the suspension, noted state law forbids application of school disciplinary policies to off-campus conduct unless the conduct has a direct impact on the safety of individuals in the school.

"Although school officials promptly agreed to remove the incident from the student’s discipline records, the school then shared a copy of its suspension letter to the student’s parents two years later with a charter school, to which the student had applied and been admitted. Upon learning of the suspension, the charter school withdrew its acceptance offer and denied the student admission," the institute reported.

Now they are warning the school that "retaining and disclosing inaccurate and misleading documents" could be a violation of the Federal Educational Rights and Privacy Act.

Rutherford lawyers have said that in the wake of a growing number of similar incident with toy guns and virtual schooling, they are making available to parents a precautionary "opt out" letter. Families whose children are taking part in remote learning can use it to assert their Fourth Amendment privacy rights "and guard against intrusive government surveillance posed by remote learning technologies."