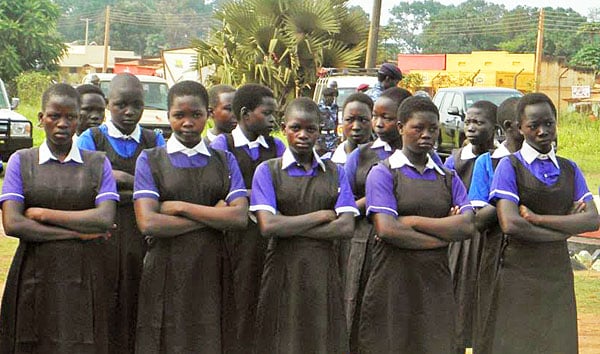 A few of the schoolgirls kidnapped by Boko Haram Muslim terrorists from their school in Nigeria's Chibok district back in 2014 now have been found alive.

It made world headlines when the terrorist organization took – at gunpoint – 276 schoolgirls hostage.

Some later were recovered; many still remain missing.

Now a report in Decision Magazine has documented the Christian Solidarity International news that a handful of those girls have been located in recent weeks by the Nigerian Army.

They now are mothers of children they had with those terrorists to whom they were "married."

"Hauwa Joseph and Mary Dauda, both in their early 20s, were found with their children by the military in June. Following their abduction from the Government Girls Secondary School in Chibok, Borno State, the girls were distributed to different camps where they were forced to marry members of the jihadist group, Joseph and Dauda said. They reported that more than 20 of their former schoolmates were still being held in Gazuwa camp in the Sambisa forest," the Decision report explained.

And the army held a news conference recently to announce that it had freed three more of the Chibok captives.

"Three of the Chibok girls are here with you, these girls are Ruth Bitrus, Kauna Luka and Hannatu Musa," explained Waibi Shaibu, commander of the 7th Division, at the time.

"All of them were rescued by the troops of the 21 special armored brigade after operations that created an enabling environment for these girls to escape from their captors," he said.

Another kidnapping victim, Aisha Grema, also recently was rescued, along with her 4-year-old child.

Decision explained, "CSI reports that between 2016 and 2018, 103 girls were freed following negotiations between the Nigerian government and Islamic militants. But Franklyne Ogbunwezeh, CSI senior research fellow, said that since 2018 little progress has been made in securing the release of the remaining captives as many of the girls may have been moved to more remote locations."

The report said an online campaign, BringBackOurGirls, listed 112 Chibok girls still as missing, and most are presumed to be married to jihadists.

Nigeria is No. 7. on the Open Doors 2022 World Watch List of countries in which Christians are most persecuted.