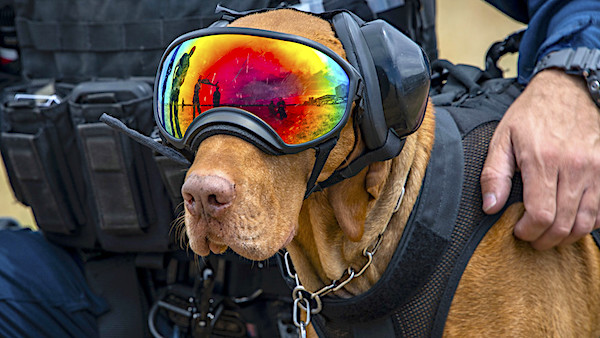 (JERUSALEM POST) -- Dogs are known - among many other things - for their acute sense of smell and their ability to raise the spirits of the humans around them. Furthermore, existing research suggests that dogs can sense via smell when humans are experiencing stress.

A recent study out of Queen’s University Belfast published in the peer-reviewed journal PLOS ONE tested whether baseline human odors and stress odors were distinguishable to dogs in a double-blind two-phase study.