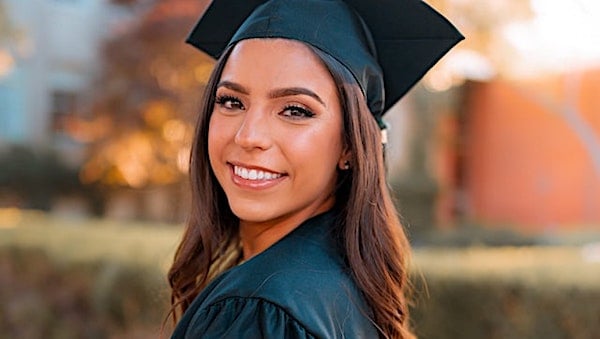 (Photo by Ryan Hoffman on Unsplash)

Imagine you’re in a boat on the high seas. The waves are crashing around you and water is gathering at your ankles.

There’s a gaping hole in the hull and it’s clearly the source of the problem — but instead of patching the hole, you begin frantically bailing water out of the boat in hopes you’ll avoid the inevitable.

The student loan debt crisis is a lot like that sinking boat.

Last Wednesday, President Biden announced that instead of addressing the gaping holes in higher education funding that created the student loan crisis, working-class taxpayers will be tasked with bailing out wealthy student loan borrowers. Individuals with yearly salaries of up to $125,000 will be eligible for $10,000 in student loan forgiveness — $20,000 if they were Pell Grant recipients — and the forgiveness will not be taxed as income.

But the reality is that debt forgiveness doesn't address the hole in the boat.

College is still expensive. The nationwide total for student loan debt is a staggering $1.7 trillion. The average college student borrower who crosses the stage at graduation walks away with roughly $30,000 in student loan debt.

Students continue to take out expensive loans without knowing just how costly they will be on a monthly basis five, six, seven years down the road — or whether they will be financially able to pay them back at all. Barely half of 2019 and 2020 college graduates were working full time within six months of graduation, with more than 40 percent working in jobs that didn’t require a degree in 2021. Meanwhile, grads are paying nearly $400 per month on average in loan payments, delaying major life milestones because of the burden of debt. What’s even more distressing for graduates is that most student loans cannot be included in a bankruptcy filing — meaning the credit ruination from these loans can be long lasting.

There’s a way to plug the hole in the hull of this rapidly sinking ship. A simple, bipartisan reform could make a big difference — it’s called Students’ Right to Know.

The premise is simple: Students deserve to know all the options available to them, both traditional four-year college and otherwise, that will prepare them for a successful career, not years of deferrals, interest, and loan balances. Students need to know before signing on the dotted line just how much college will cost, the most in-demand jobs in their state, starting salaries, program completion rates, and monthly student loan payments upon graduation.

The reality is that college is not the only path to a fulfilling, well-paying job. With fewer than half of bachelor’s degree recipients working in a job closely related to their major, this reform is sorely needed to reorient education toward preparing students for successful and fulfilling careers.

And it’s not a partisan issue: A recent poll by the Center for Excellence in Polling found widespread support for this kind of transparency for students. Majorities of all likely voters agree that publicly funded colleges and universities should be required to disclose this kind of valuable information to prospective students.

Florida is one state that is leading the way. Earlier this year, the state of Florida launched MyFloridaFuture — an online dashboard that gives students real-time access to information they need to make smart decisions about their future. Students can see earnings over time across different fields of study, typical loan amounts with specifics on what loan payments could look like, what starting salaries graduates can expect based on program of study, and more.

For example, a student considering whether to pursue either a systems engineering or philosophy degree could compare projected earnings between the two fields. That student would learn that systems engineers earn nearly 3.5 times as much a philosophy major five years after graduating. Further, seeing that the average starting salary for a photographer is less than $40,000 could compel a student to explore an apprenticeship rather than handing over $30,000 per year or more for a photography degree.

College is an investment. Students’ Right to Know simply aims to make it easier for students to have a clear picture of what the return on that investment will look like in the future.

It’s pointless to spend billions of taxpayer dollars to cancel student loan debt without addressing why that student loan debt is so incredibly high in the first place. Students’ Right to Know is desperately needed, now more than ever, to help students avoid sinking in a sea of debt and to set them on voyage to success and prosperity.

Until real reform like Students’ Right to Know is pursued, regardless of how much money the White House promises to borrowers, taxpayers and college grads are the ones who will be struggling to keep their heads above water.

Sarah Coffey is the senior editor at the Foundation for Government Accountability.