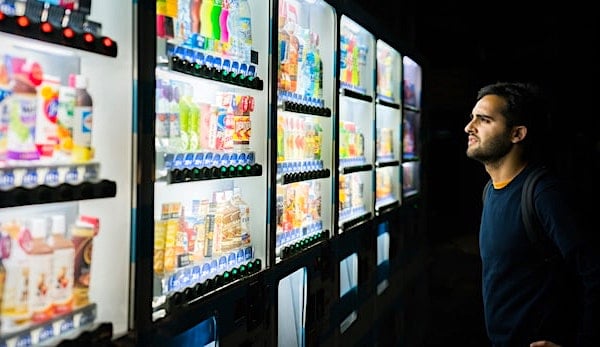 (Photo by Victoriano Izquierdo on Unsplash)

Much like the argument back in the day that kids would experiment no matter what, so they needed to be taught "sex education," the administration of Joe Biden is suggesting harmful behavior will happen anyway, so it wants "harm reduction" kiosks to provide various items like drug needles.

It is the Washington Free Beacon that is reporting the Biden administration is spending $3.6 million "to deploy vending machines filled with drug supplies in rural Kentucky."

The goal is to "reduce stigma for drug users," the report explains.

The report explained it is the work of the National Institutes of Health and will assess the "effectiveness of 'harm reduction kiosks,'" that have "injection equipment, naloxone, fentanyl test strips, hygiene kits, condoms, and other supplies."

The National Institutes of Health, in fact, said the goal is to reduce "harms" related to drug use, overdoses, hepatitis C, "and to imminent HIV outbreaks."

"Our research has shown that the region has high rates of HCV, overdose, injection drug use, condomless sex, and dense risk networks that could kindle an HIV outbreak," the federal bureaucracy said in its announcement.

And it explained, "Harm reduction kiosks have been operating globally for more than 30 years and research has demonstrated that they can expand syringe access."

The Free Beacon reported, "The White House referenced the project in an August 31 press release on its actions taken 'to address addiction and the overdose epidemic.'"

In fact, the White House, in a multi-page document talking about the Biden-Harris" plan to address addiction, called for spending $42.5 billion on the problem.

It has been well-documented that a large part of one of the more dangerous problems, fentanyl, which is dozens of times stronger than other drugs and can kill with a single pill sometimes, comes into America across its porous southern border, where Biden created by crisis by canceling a multitude of border security measures.

The Free Beacon continued that it "in February reported that the Department of Health and Human Services was set to fund the distribution of crack pipes through a $30 million harm reduction grant program. The administration backed off the funding plans amid public backlash, and the New York Times reported that the uproar over plans to fund crack pipes 'derailed' Biden's drug policy agenda. The White House, however, still appears willing to adopt controversial harm reduction policies—the New York Times reported in July that Biden's drug czar Dr. Rahul Gupta was supportive of legalized injection sites, which allow users to take drugs with supervision from health professionals."

It said the new program apparently is the first plan by the federal government to deploy "harm-reduction vending machines."