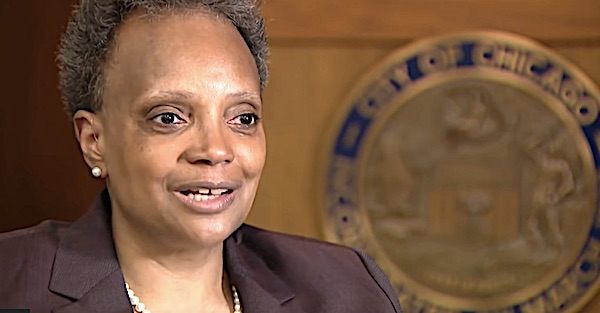 Republican Texas Gov. Greg Abbott announced Wednesday that he’d sent a bus of illegal migrants to Chicago as he continues to send them to other Democratic cities in the northeast.

“Mayor Lightfoot loves to tout the responsibility of her city to welcome all regardless of legal status, and I look forward to seeing this responsibility in action as these migrants receive resources from a sanctuary city with the capacity to serve them,” Abbott said in a statement.

Abbott began busing migrants to Washington, D.C. in April in response to the Centers for Disease Control and Prevention’s (CDC) announcement that Title 42, the public health order used to quickly expel migrants amid the COVID-19 pandemic, would end May 23. The order remains due to a federal judge’s decision to pause the Biden administration’s action to end it.

We know that racism, discrimination, and human cruelty have played a pivotal role in how immigrants are received within our borders, and we are still working to recover from the previous presidential administration, which encouraged this behavior. https://t.co/jt2Nl1O31T

“This is horrific when you think about what the governor of Texas is doing,” Adams recently said. “After months of traveling across the border, place them on the bus with no direction to come here to New York. And New York is a city that has always represented the Democratic values, the values of our city, showing our compassion, that’s what we’re doing today.”

U.S. Customs and Border Protection authorities are on pace to surpass 2 million migrant encounters at the southern border in fiscal year 2022, according to agency statistics.