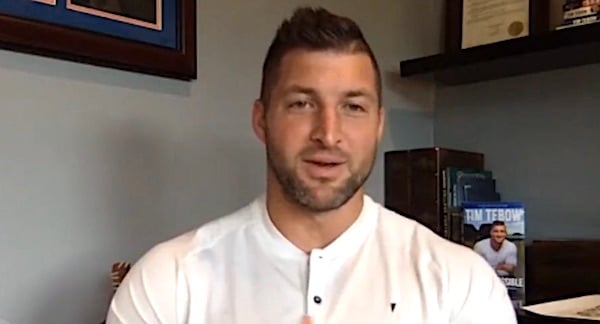 (CBN NEWS) -- Just when you thought Tim Tebow couldn't be a better representative of Christian charity than he has already been, a compelling new example of his creative generosity has emerged.

He's already renowned for his Tim Tebow Foundation with "Night to Shine" events for young people with special needs, or his efforts to fight human trafficking, and his CURE Hospital for poverty-stricken children.

Tim Tebow doesn't have his Heisman Trophy. He actually hasn't had it for the last 8 years, as he's been auctioning it off for charity. Most notably to country star @LukeBryan and @KathieLGifford.

Now it turns out the former NFL quarterback has raised more than $1 million for charities by auctioning off his Heisman trophy. The outspoken Christian says it is what he learned from his parents that taught him the importance of giving to others.