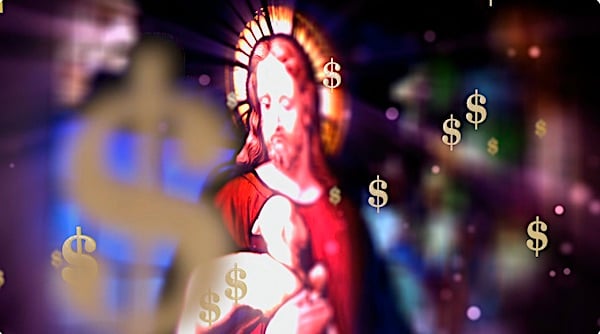 A scene from 'The Tithe Project' (Video screenshot)

"Bring ye all the tithes into the storehouse, that there may be meat in mine house, and prove me now herewith, saith the Lord of hosts, if I will not open you the windows of heaven, and pour you out a blessing, that there shall not be room enough to receive it." - Malachi 3:10

Almost every sermon about tithing starts with Malachi 3:10, the most famous verse about it in the Bible.

Rich Praytor is a Christian believer, and the director of a new movie called "The Tithe Project."

He decided to make a movie about the subject to see if it works in the modern world, if it still "opens up the floodgates of heaven," even today.

He says simply, "I decided to give it a try."

"One Sunday morning I was visiting a church where the pastor offered a tithing challenge," Praytor said. "The pastor said, 'If you tithe for 90 days to our church and at the end you aren't better off financially, then we'll give you your money back.'"

That inspired him to launch – and film – just such a challenge.

One problem: It took him almost six months to find someone who had never tithed before, which meant giving away to a local church of charity 10% of his or her income to document the principle.

"Most people said they couldn't afford to give away 10%," Praytor said. "A few married couples almost said yes, but inevitably one of the spouses would back out. After nearly giving up, I found someone: an independent film producer who was working with me on another project!"

That was Beverly, a single mom of two who lives in Colorado Springs and had been inspired to start tithing after reading several books on generosity. 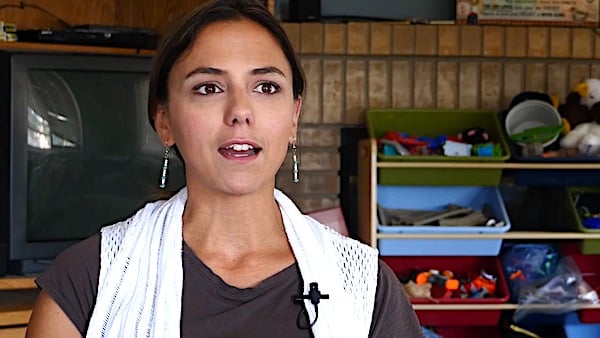 A scene from 'The Tithe Project' (Video screenashot)

Beverly would tithe 10% of any income she received during a 90-day period. She would give it to the church she attended. Since she worked as an independent contractor, the 10% would be calculated from her gross income.

To help keep track of Beverly's finances each month, Praytor enlisted the help of a CPA, a third party who would give an objective opinion during the experiment. He met with the CPA a few days before the experiment began to establish her financial numbers.

"Day one of the experiment was very traditional," Praytor said. "Beverly headed to her church on Sunday morning and dropped a check in the offering bucket."

Everything was going as planned until she got back home and opened the mail from the previous week. A disconnect notice from her utility company let her know that power in her house would be shut off if the balance wasn't paid by a certain imminent date.

It turns out that the money she tithed that morning could have paid her utility bill. Wouldn't you know it?

"At this point, I considered stopping the experiment," Praytor recalls. "I didn't want to be the guy that was responsible for a single mom having her utilities shut off."

"I received a voicemail from Beverly that afternoon," he said. "In the mail that day, she received a check from one of her previous clients whose payment was seriously overdue. She had written it off months ago and completely forgotten about it. The check was large enough to pay her utility bill."

During the 90-day tithing experiment, several other extraordinary events happened, he recalls. For instance, Beverly had signed up for a non-related, home-based business, but had never put any work into it. Halfway through the experiment she began receiving commission checks from the company.

The miracles didn't stop there.

A friend from Beverly's church needed a place to stay as she transitioned into moving to another state. Instead of paying rent, the friend offered to provide childcare for free which ended up saving Beverly more than $1,000 a month.

"We captured it all on film," he recalls. "Some of the most entertaining scenes are the meetings with the CPA. Each month he would try to figure out how Beverly's giving away 10% of her income was actually increasing her cash flow."

The film follows the story of Beverly and her tithing journey. It also discusses the history of tithing and money with historians, authors and money experts.

It takes an in-depth look at some of the reasons people don't tithe, and why most pastors have such a difficult time talking about money to their congregations.

"As I traveled the country talking to and filming experts, two common themes kept popping up," Praytor says. "First, people don't give to a church budget, people give to a compelling vision. Second, the church needs to help people win with money – either teaching wise financial practices or job skills. If the church can help its members do that, the church would see an increase in its giving."

To illustrate how this biblical phenomenon can spread, helping many people see their needs met, Rich Praytor is offering to help the cause of WND by giving us 50% of his gain when any WND readers purchase "The Tithe Project" film and related study guide – keeping the Godly principle at the heart of the Malachi 3:10 mission.

Please give it a try.

Joseph Farah
Joseph Farah is founder, editor and chief executive officer of WND. He is the author or co-author of 13 books that have sold more than 5 million copies, including his latest, "The Gospel in Every Book of the Old Testament." Before launching WND as the first independent online news outlet in 1997, he served as editor in chief of major market dailies including the legendary Sacramento Union.
@JosephFarah
I admit it: I was fooled by Zelensky and Ukraine
3 reasons Herschel Walker 'lost' Georgia
Democrats never stop! Now push for voting at 16
Apple now an active collaborator with China's murderous state
Wow! We thought we were in the end times in 1965?
See more...