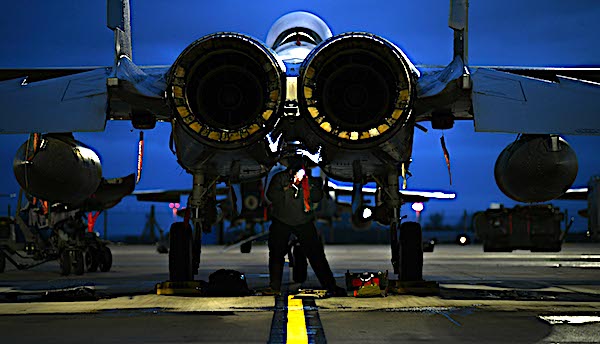 A seminar on transgender visibility was held at the United States Air Force Academy on Thursday, according to a new report by the Washington Free Beacon.

The report, depicting an invitation emailed to all cadets at the academy, reveals that attendees spent an hour discussing “Transgender Visibility” in the Air Force. Two presentations were held as part of the event by Karin DeAngelis and Joseph Cumin, members of the academy’s faculty.

DeAngelis is a professor of behavioral sciences at the academy whose work has focused on sexuality, sexual assault in the military and the role of Hispanic service members, according to her faculty profile webpage. Currin is a licensed psychologist whose research focuses on “sexuality, sexual health, and barriers to treatment for individuals who identify as LGBT,” per his faculty profile.

Currin’s profile also states that he is working on “the use of technology in sexual partner seeking, and how people explore their sexuality.” The exact material of the presentation he delivered, however, is unclear.

Though the invitation does not state whether the event was optional, it stipulated that free lunch would be provided to the “first 40 cadets” who attended the event.

News of the event comes as the U.S. military has faced significant criticism from conservatives for the use of educational texts and materials that they consider “woke” or associated with transgenderism and critical race theory. Most recently, the Air Force Academy, as part of its “Diversity and Inclusion Cadet Leadership Program,” screened a presentation to cadets that instructed them to not use certain terms – such as “terrorist,” “colorblind,” or “transgender” – for the sake of inclusivity.

The materials are similar to those used by the U.S. Army, which in March sent a presentation to unit commanders outlining policies for when a member of their command seeks to change their gender.

The military’s use of such material has been particularly criticized on Capitol Hill. In 2021, during a hearing of the House Armed Services Committee, the Chairman of the Joint Chiefs of Staff, Gen. Mark Milley, was questioned by Republican Rep. Mike Waltz of Florida about the inclusion of such texts on military reading lists, notably “How To Be An Anti-Racist,” by author Ibram X. Kendi.

Milley then defended their inclusion, saying that he wanted to have some “situational understanding about the country we are here to defend.” He added, “I want to understand white rage, and I’m white.”

The Air Force Academy, DeAngelis and Cumin did not respond to a request for comment from the Daily Caller News Foundation.