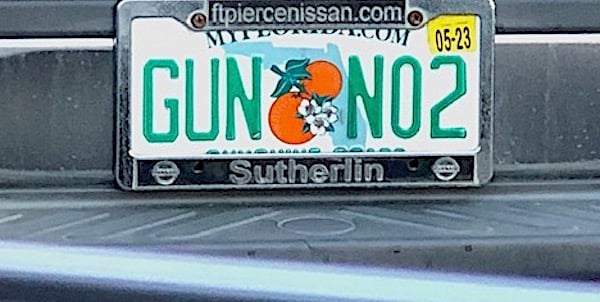 With Democrats more and more demanding mail-in elections, the delivery of those ballots – and the voluminous campaign literate – is becoming more and more important.

And that means Americans will rely more and more on the U.S. Postal Service.

Which, according to the Washington Times, now has been caught tracking the communications of 2nd Amendment advocates.

The report said the USPS "monitored protesters across the country, snooping on Americans focused on issues involving guns and President Biden’s election."

The Times said, "Postal inspectors tracked the actions of gun rights activists gathering in Richmond, Virginia; people preparing to demonstrate against police in Louisville, Kentucky, after an investigation into the police shooting of Breonna Taylor; and far-right groups headed to the District of Columbia after Mr. Biden’s election."

The details in the report were from the Cato Institute, where Patrick Eddington obtained records – albeit heavily redacted – explaining the spy program run by postal inspectors from September 2020 through April 2021.

Eddington described the USPS agenda as capable of reaching into every home and business in the country.

"The Postal Service cannot reliably deliver mail to my own home, yet they can find the money and people to effectively digitally spy at scale, including on Americans engaged in First Amendment-protected activities," he charged.

The documents he obtained revealed the USPS ability to track "peaceful armed protests."

The report continued, "Postal inspectors’ social media surveillance also determined that a 'Million MAGA March' set for Nov. 14, 2020, would cause traffic delays in the District, Maryland and Virginia and noted that the event had been posted on a 'conservative forum.'"

Postal inspectors also discussed what was appearing on social media sites including Wimkin and Parler.

The report noted the USPS' response was that its inspectors are federal law enforcement officers responsible for protecting Postal Service workers and customers.

A report from the USPS inspector general said that some of the department's actions likely "exceeded the Postal Inspection Service’s law enforcement authority."

WND reported only weeks earlier on a report from Chuck DeVore at the Federalist saying the agenda of election interference through the mail has been "institutionalized."

That's because the U.S. Postal Service has announced a new "Election and Government Mail Services division," that will be set up.

"Starbucks recently asked the National Labor Relations Board to suspend all pending and ongoing votes to unionize at its U.S. stores due to concerns stemming from mail-in ballots. The franchise’s objections once again raise questions about the credibility of election systems that rely on mail-in ballots," DeVore explained.

But "how much more with the American electoral process? With hundreds of millions of dollars of campaign material and increasing numbers of ballots in the mail, postal efficiency and honesty are becoming increasingly vital to free and fair elections."

On social media, he said, "U.S. Postal Service creates new dedicated division to handle election mail. The Election and Government Mail Services is part of an effort to effectively deliver mail-in ballots to voters and elections offices in advance of the 2022 midterm elections."

DeVore explained, "The rationale for this new division is that the growing use of mail-in ballots requires extra attention to ensure the greater volume of mailed ballots can be handled by an increasingly overburdened USPS. The USPS reported it delivered more than 135 million ballots in 2020, with 40 million delivered so far this year during the primaries."

But it is the leftists who have advocated for mail-in ballots, and studies have shown they are more susceptible to fraud than in-person ballots.

"Elections conducted by mail have been a longtime goal of Elias and others since long before public health fears over in-person voting during the COVID-19 pandemic," DeVore said. "It is instructive to note that most European nations found mail-in ballots to be susceptible to fraud and limited their use."

He pointed out mailed ballots can be cast by someone other than the voter, voter ID measures are harder to have, and then there are those "professional ballot traffickers who 'help' the voter fill in their ballot."