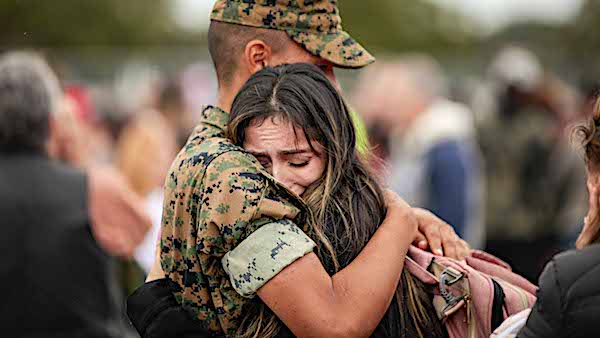 The Department Of Veterans Affairs (VA) has severely undercounted the rate at which veterans take their own lives, a new study from America’s Warrior Partnership found.

“Operation Deep Dive” (ODD) took information on military service and cause of death from eight states and matched it up with Department of Defense records to identify a 37% greater suicide rate among veterans than reported by the VA, according to documents reviewed by the Daily Caller News Foundation. Then, when ODD added self-injury mortality deaths, often classified as accidental or of unknown cause, it found that the total number of veterans who took their own lives is 2.4 times higher than the official VA suicide rate.

“It’s personal for me, but I also have the experience to tell you it’s achievable,” he added.

Researchers compared state mortality records to the Department of Defense’s databases and found that 24 former servicemembers die from suicide every day, higher than the 17.7 average from the VA, according to the study. When self-injury mortality is added to the count, that number goes up to 44 veterans each day, 2.4 times higher than the VA suicide rate.

Over 80% of self-injury mortality deaths were due to drug overdoses.

ODD also provides insight into differences in community characteristics and veteran demographics at the local level that the VA sometimes misses, Lorraine told the DCNF. For example, the method of suicide varied by veteran demographics and state laws; in states with strict gun laws, the most common instrument of death was drug overdose, while in states with lax gun laws most former servicemembers died by firearm.

“The bottom line is, a prevention strategy to reduce the suicide rate that’s been ongoing for 30 years has to start at the community level and go up,” said Lorraine. ODD can give policymakers the “tools to figure that out.”

The rate of suicide among service members and Veterans is far too high, but it’s important to remember that prevention is possible. We want to ask everyone to stay connected with your friends, family members, and teammates. And if you're hurting, support is within reach. pic.twitter.com/XJE9MRhGcg

The study found that there was little distinction among gender and racial characteristics in propensity to commit suicide. However, veterans who lived alone, remained in the service for shorter periods of time or received a demotion while in the service showed a greater prevalence of suicide or self-injury mortality.

Service mattered too. Former Coast Guard members took their own lives more often than former Marines, soldiers, sailors or airmen, possibly due to the hyper-intense nature of Coast Guard duties, Lorraine explained to the DCNF.

Official VA data for 2018 shows that veterans account for 13.8% of all suicide deaths while comprising 8% of the U.S. adult population.

The VA did not respond to the DCNF’s request for comment.