Several years ago, my wife and I were flying home from a vacation in Florida. Because advanced seat assignments were not available, we could not sit together. She ended up in a seat near the back of the plane, while I was able to get an aisle seat next to a middle-aged wife and her husband close to the middle of the plane.

The weather was expected to be good for the hour-long flight, so I settled into my seat the best I could and intended to do some reading to pass the time. The woman next to me (whom I will call Kate) introduced herself and her husband (whom I will call Jack). After a bit of small talk, Jack leaned his head back in his seat to take a nap. Kate wanted to talk more, so I knew that I would not be reading this flight.

Her comments and questions dealt with politics and touched on finances. Many would shy away from political discussions as too controversial or troublesome, but she was a pleasant person, and I think she wanted to talk to distract from any nervousness about flying she may have had.

Kate asked me what I thought of the Tax Cuts and Jobs Act (TCJA) signed into law on Dec. 22, 2017, by President Donald Trump. She said she was against it because the tax cuts mainly benefited the wealthiest Americans and added to the country's deficit, putting a heavy, unmanageable debt on future generations.

While it was right to decry the increasing deficits brought about by the U.S. government's profligate spending, this was not a current problem. This had been going on in every administration going back more than 40 years regardless of political party.

Typically, when tax rates are reduced the economy grows and living standards improve for the benefit of everyone. As a result, tax revenue gathered by government increases, the wealthiest people pay more in taxes, and lower-income citizens bear a lower tax burden.

I told her that I was far from being among the richest people in America, but those tax cuts helped me immensely. I found that with more of my earnings in my hands I had more to give to charitable efforts, more for current necessities and more to save for the well-being of my family in the future.

I shared with Kate the story of Joseph in the Bible (Genesis 37, 39-50), the favored son of Jacob who was sold as a slave to a caravan of traders by his own brothers, who were intensely jealous of him.

Joseph was taken to Egypt, where he experienced betrayal, imprisonment and disappointment. But God gifted Joseph with administrative genius and the ability to interpret dreams. The pharaoh of Egypt elevated him to be governor over the entire country to prepare for a coming great famine. Joseph taxed the people of Egypt 20% of their produce to set aside food for the coming famine. The people were left with 80% to sustain their lives and to charitably give a portion to others as they deemed appropriate.

Joseph's taxation policy granted Egypt a substantial reserve of food against the great famine that came, which enabled him to save the country and that region of the world that depended on Egypt for food, and especially preserve the lives of his brothers and their families. God providentially placed Joseph in the right place at the right time to save the people of Israel, which in turn led to the birth, death and resurrection of Jesus who provides the ultimate salvation for humanity.

We may not always agree with the policies implemented by our political leaders, but as a Christian I am called upon by God's word, the Bible, to pray that He grant them the wisdom to make good decisions that will allow us all to live and work in peace and be a blessing to our families and society.

The apostle Paul wrote this in a letter to his child in Christ, Timothy, during the reign of the Roman Emperor Nero (Oct. 13, A.D. 54 – June 9, 68), who was infamous for his tyranny, self-indulgence and debauchery:

"First of all, then, I urge that entreaties and prayers, petitions and thanksgivings, be made on behalf of all men, for kings and all who are in authority, so that we may lead a tranquil and quiet life in all godliness and dignity. This is good and acceptable in the sight of God our Savior, who desires all men to be saved and to come to the knowledge of the truth. For there is one God, and one mediator also between God and men, the man Christ Jesus, who gave Himself as a ransom for all, the testimony given at the proper time." (1 Timothy 2:1-6)

I told Kate that our political leaders are answerable to far more than the voters. For the debts they have amassed in their own lives and through their policies, the lives of those they rule, they will stand before God to give an account for what they have done.

Likewise, we also stand before God owing a debt we cannot ever pay. Sin in the Bible is compared to debt owed to God. Both you and I have done wrong things in our lives and have incurred an unpayable debt.

The same remedy to remove this debt is available to our political leaders as to you and me. Trust in the Lord Jesus Christ, the only Mediator between God and man, the One who died on the cross and paid the ransom for our sin debt in full.

Our conversation held both of our attentions so much that before we knew it, our plane was approaching the airport runway. It became an unexpected opportunity to share the Gospel of Christ with her. It reminded me of words of Paul in the second letter he wrote to Timothy, encouraging him to proclaim the word of God in season or out of season (2 Timothy 4:2).

I do not know whether Kate came to faith in Jesus or not, but she did listen and considered. I pray that she and her husband were like the good soil Jesus described in His Parable of the Sower (Matthew 13:18-23).

In life we cross paths with many people. Many of these interactions, especially the unexpected ones, provide opportunities to share the good news of complete forgiveness and salvation by faith in Jesus Christ. 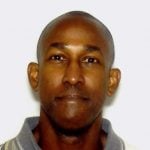