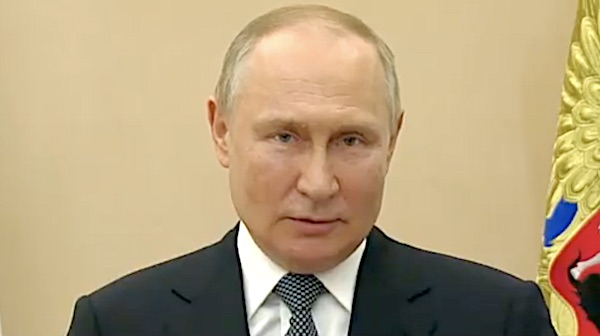 (FOX NEWS) – Russian President Vladimir Putin on Friday will officially begin annexing four more regions in Ukraine in a signing ceremony following the conclusion of self-run referenda this week that the West and Kyiv have decried as a sham.

Kremlin spokesman Dmitry Peskov said Thursday the ceremony would take place in Moscow "on agreements on the accession of new territories into the Russian Federation," first reported Reuters.

The "agreement" will apparently be signed "with all four territories that held referendums and made corresponding requests to the Russian side," he added.