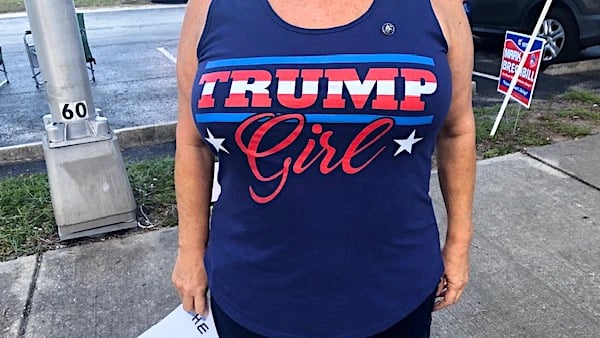 A talk-show host and former CNN contributor declared he and like-minded people were “at war” with “evil” Trump supporters during a Saturday morning appearance on MSNBC.

“This means war. That is where we are,” Roland Martin told “Cross Connection” host Tiffany Cross. “We are at war with these people. These folks are evil. They have allowed evil into their house with Donald Trump. He has now dominated the party. This evil is spreading. And when you are in a war footing, you have to respond accordingly. It is about time Joe Biden got tough.”

Martin’s comments followed in the wake of a series of speeches President Joe Biden gave during which he attacked Republicans. Biden claimed Republicans embraced “semi-fascism” during an Aug. 25 speech at a Democratic National Committee fundraiser, followed it up by attacking “MAGA Republicans” Tuesday and proclaimed Trump supporters were a “threat to democracy” Thursday.

Liberals praised Biden for the attacks on Trump supporters.

“Stop being weak, stop being impotent, quit not fighting back,” Martin said. “What these people want to do to this country is destroy democracy. They want to rig elections and so it requires you to stand strong. You don’t walk the comments back, you don’t wilt under the pressure.”

“This is about the future of our children,” Martin said later.

The Republican National Committee and the White House did not immediately respond to requests for comment from the Daily Caller News Foundation.