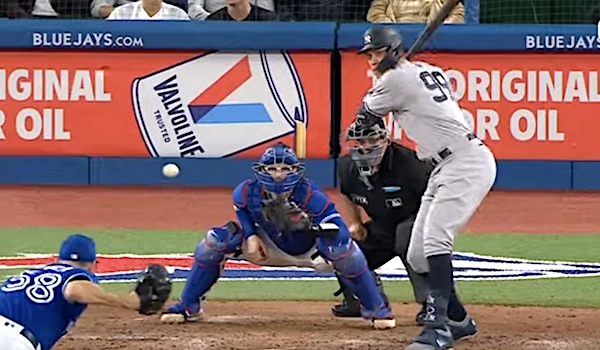 Aaron Judge of the New York Yankees hits his 61st home run of the season on Wednesday, Sept. 28, 2022. (Video screenshot)

Before this latest home run, Judge had been without a homer for seven consecutive games, a non-noteworthy fact for virtually all other players but a drought by the slugger's lofty 2022 standard.