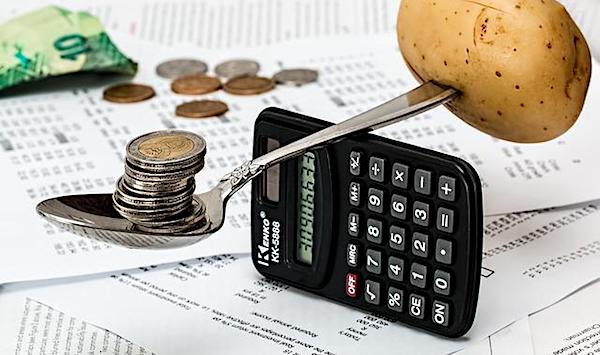 Economic breakdown continues to inspire massive protests and social unrest throughout the globe with no sign of abating, according to a recent study.

Socioeconomic tensions will continue to fuel heightened levels of civil unrest through the next six months, according to a study from U.K.-based risk consulting firm Verisk Maplecroft, published Sept. 1. Inflation has spurred cost of living crises in developing and wealthy nations alike, exacerbated by persistent supply chain issues, weather and political instability contributing to high energy costs and food shortages.

Over half of countries tracked on Maplecroft’s Civil Unrest Index saw an increased risk of social conflict between the second and third quarters of 2022, more than at any time since the firm began tracking seven years ago.

“Governments across the world are about to get an answer to a burning question: will protests sparked by socioeconomic pressure transform into broader and more disruptive anti-government action?” the analysis stated.

Banks in Lebanon have blocked patrons from withdrawing funds for years, but public anger over lack of access to their own money amid a country-wide economic meltdown reached a breaking point. A woman held a bank at gunpoint with a toy pistol Wednesday, forcing the bank to hand over $13,000 in trapped savings to pay for her sister’s cancer treatment, The Associated Press reported.

The woman went into hiding, while security forces arrested two of her companions, according to the AP. Their actions inspired at least five bank holdups on Friday.

Protesters demanding the prisoners’ release stormed the Justice Ministry and tussled with Lebanese security forces Monday, while state officials engaged in talks with the IMF, and the Lebanese currency hit a record low of 38,600 pounds to the U.S. dollar, the AP reported. Banks closed on Monday, citing security concerns.

Beginning Saturday, dissidents protested throughout Western Iran during the funeral of a 22-year-old woman who died while in custody of the morality police, possibly by being beaten, Reuters reported.

“Down with the dictator.”
Vali Asr Square, #Tehran, #Iran. pic.twitter.com/5Cs41gUgTu

August rainfall, coming at three times its usual rate, has flooded millions of acres of land in Pakistan, displaced half a million people from their homes and killed 1,545 people since mid-June in a disaster that could cost up to $30 billion, the AP reported. The catastrophe comes as the country recently secured a $1.1 billion IMF bailout, intended to address inflation resulting from government overspending and spillover from the Ukraine war, and reels from political unrest egged on by former Prime Minister Imran Khan.

Residents of Pakistan’s Punjab region blocked roads and protested for several days when they received inflated energy bills even though power supply from several plants in the country had stalled in August.

Indonesia raised subsidized fuel prices by 30%, the first increase, in eight years, triggering a wave of demonstrations in major cities across the country earlier in September, Reuters reported.

Roughly 36,000 people participated in protests in Vienna and other Austrian locales against rising inflation and a Green coalition government they accused of “watching idly as our life becomes unaffordable,” according to leftist Austrian trade union federation OeGB, which organized the demonstrations.

Strikes and threats of strikes over inflation and insufficient pay have wracked European air travel industries; earlier in September, a pilot union nearly shut down flights with Germany‘s largest airline, according to the AP. A French air traffic controllers union strike Friday forced airlines to cancel half of the flights routed through Paris airports, Reuters reported.

Nearly 70,000 people clogged the streets of Prague on Sept. 3 to denounce government policies they see as having contributed to the cost of living crisis, with inflation set to peak at 20%, Bloomberg reported.

Protests cropped up in the U.K. in August over rising energy prices as thousands of workers in postal and transportation industries went on strike, Bloomberg reported. Nearly 190,000 people have pledged to stop making utility payments on Oct. 1, part of the “Don’t Pay U.K.” campaign.

Argentine Vice President and former President Cristina Fernández de Kirchner narrowly escaped an assassination attempt when her assailant’s gun jammed on Sept. 1, CNN reported. Supporters had staged numerous rallies near her residence and clashed with police as she faces a 12-year prison sentence in an ongoing trial over corruption charges.

The group behind the attempt had staged anti-government protests on Aug. 18, The Guardian reported. Those demonstrations came a day after left-wing supporters of the government also marched against inflation, demanding state action to lower prices and raise wages, according to Reuters.

Flooding in West and Central Africa had destroyed the houses of 126,000 people and affected some 731,000 total as of Aug. 16, according to research from Floodlist. The flooding could make matters worse in a region that has struggled with food insecurity, disease, political instability and terrorist violence for years.

Doctors at 32 hospitals in Sudan have gone on strike for not receiving a promised wage increase, causing near or total hospital shutdowns, according to local media outlet Dabanga. In Nigeria, students demonstrated outside the Lagos airport Monday as public university lecturers enter their seventh month of strikes over low wages, the AP reported.

Algeria chalked up the largest projected social deterioration in Maplecroft’s study as drought and rising inflation will force the government to tighten austerity measures.